US Gasoline Prices skyrocket even though it is not imported from Russia, how come?

Home » Business » US Gasoline Prices skyrocket even though it is not imported from Russia, how come? 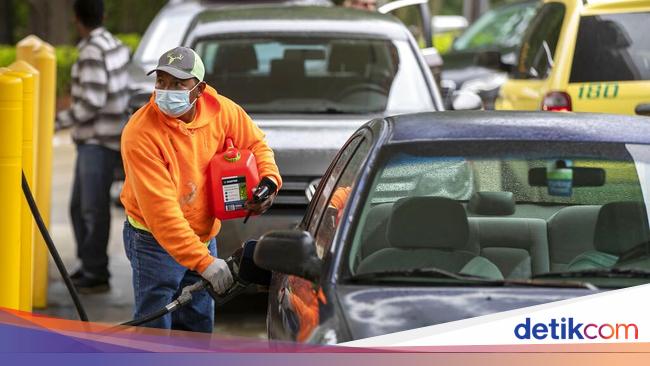 Gasoline prices in the United States (US) soar affected by the war Russia-Ukraine. In fact, Uncle Sam’s country does not import oil from Russia. How come? Here’s the explanation.

As quoted from CNN, Monday (14/3/2022), some oil from Russia flows to Europe and Asia. However, what is key here is the global supply of oil, not the US specifically.

The world of commodities is highly interconnected, and the price of oil is linked to global markets. So, what happens in one area of ​​the world will affect other areas.

The problem encountered is Russia is one of the world’s largest oil suppliers. In December, Russia shipped nearly 8 million barrels of oil and other oil products to global markets, including 5 million barrels of crude used to make gasoline among other goods.

It is worth noting that oil is bought and shipped around the world via global commodity markets. So in this case, it doesn’t matter who is specifically bothered by the loss of oil Russia, as lower supply affects those global prices. The law of economics also applies, a reduced supply of goods will increase prices.

For example, if Europe buys less Russian oil it will have to replace it with oil from elsewhere, for example from the Organization of the Petroleum Exporting Countries (OPEC). Increased demand for OPEC oil will make crude oil prices higher.

Watch the video ‘Zelensky condemns Russian attack on Ukrainian military base near Poland’: