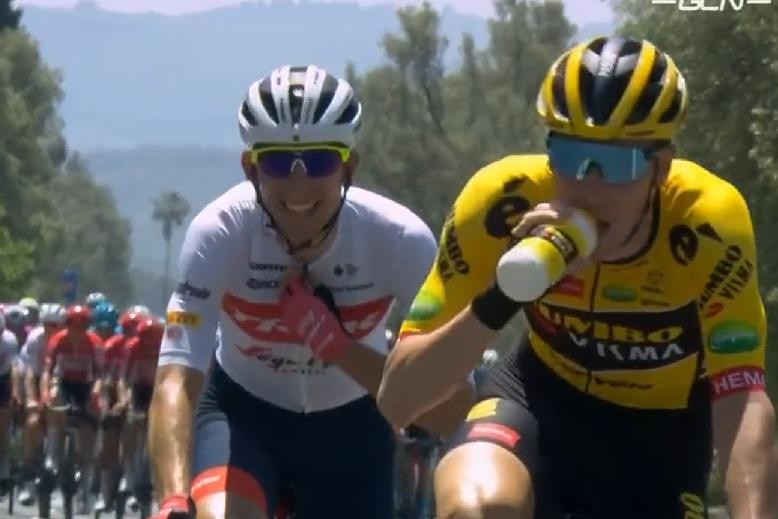 Arnaud Démare sprinted to his second stage win in the Giro on Thursday, and that after a deadly boring stage. It even went so far as to launch mock attacks.

Diego Rosa was the lone escapee of the day in the Tour of Italy, but it could just as well have been two. Pascal Eenkhoorn and Bauke Mollema attempted to break away at the start of the stage. However, it later turned out to be a joke. Sprinter Magnus Cort Nielsen also briefly caught the eye.

ALSO WATCH. There is the duo of this Giro again: Mathieu van der Poel and Tom Dumoulin chatting wildly in the Giro

“It was an incredibly boring day,” said Eenkhoorn after the ride. “During the first four hours I had an average heart rate of 100 and pedaled 150 watts. So not much special. That attack with Bauke? You sometimes see that Belgians do that in such a ride, so we said: Shall we as Dutch do that now? Mathieu (Van der Poel, ed.) initially also wanted to participate, but in the end he did not dare. It took a very long time for someone to drive away, so we had a little fun along the way.”

Van der Poel therefore remained in the peloton and, in his own words, experienced the “easiest race” he has ever driven.