Home » News » VIDEO. Where are the works at the Dauphine center in downtown Dijon? 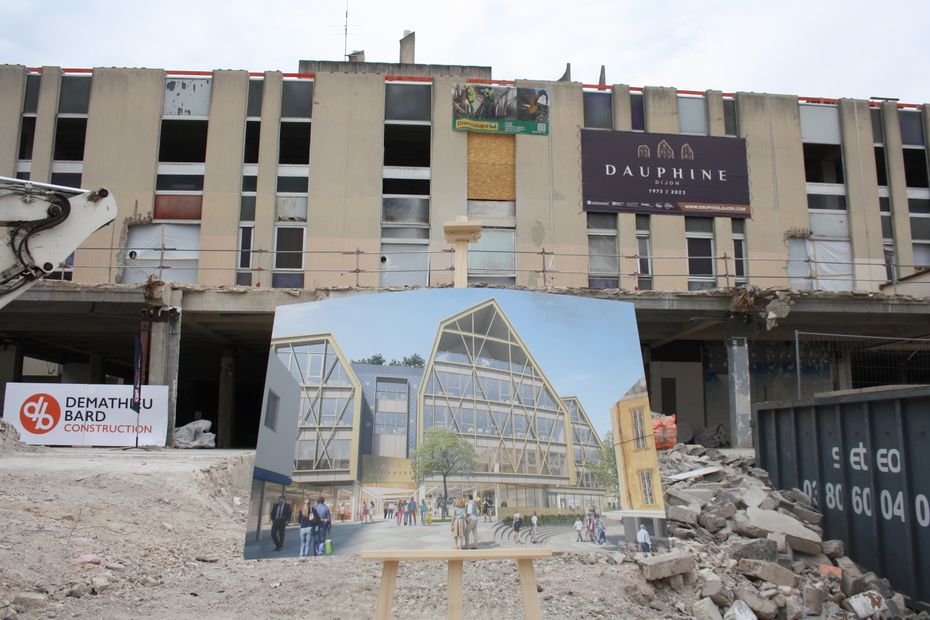 Under construction since the end of 2021, the emblematic Dauphine center, which connects rue du Bourg, rue de la Liberté, rue Bossuet and rue Piron, will reopen in the first half of 2024. Before the summer, France 3 takes stock of the progress of the work.

Impossible to miss it when you go out for a walk in downtown Dijonot. The Dauphine centre, at the crossroads of rue de la Liberté, du Bourg, rue Bossuet and rue Piron, has had its day since it was built in the 1970s. Within two years, it will reopen, transformed, after major work.

Work started in December 2021, “first a phase of cleaning and depollution“, explains Adrien Mimouni, project manager at Demathieu Bard, the company in charge of the site. “At the moment, we are working inside the centre. The demolition work will begin this summer, we will remove the facades of the old center to completely expose the concrete structure” The reconstruction work will begin at the end of 2022. for an opening scheduled for the first half of 2024.

What will the new Dauphine center look like? “We worked on a mixed program between shops, restaurants, offices and a rooftop on the top floor, which will be open to all Dijon residents..“A “food court” project is being studied at the level of the esplanade of the center, this green space left abandoned for several years on the side of the rue du Bourg, which overlooks the old dance bar El Berro.

The “central square” of the Dauphine center, under the glass roof, will disappear. “It was a fountain, the people of Dijon also knew it with cars on display“, relates Adrien Mimouni. This space will be destroyed to become “a future real square in Dijon, the central point of the Dauphine project, with trees, open to the outside and the sky“.

Finally, the old nightclub, located in the basement of the Dauphine center, will not reopen its doors. Founded in 1978 (it was then Pimm’s), the nightclub changed its name many times, until it finally closed at the same time as the other shops in the Dauphine centre. The space left free will serve as storage and kitchens for the new brands. In the meantime, you can take a last look at the remains of the nightclub in this article.

► PICTURES. In Dijon, the last images of the Dauphine center nightclub before demolition