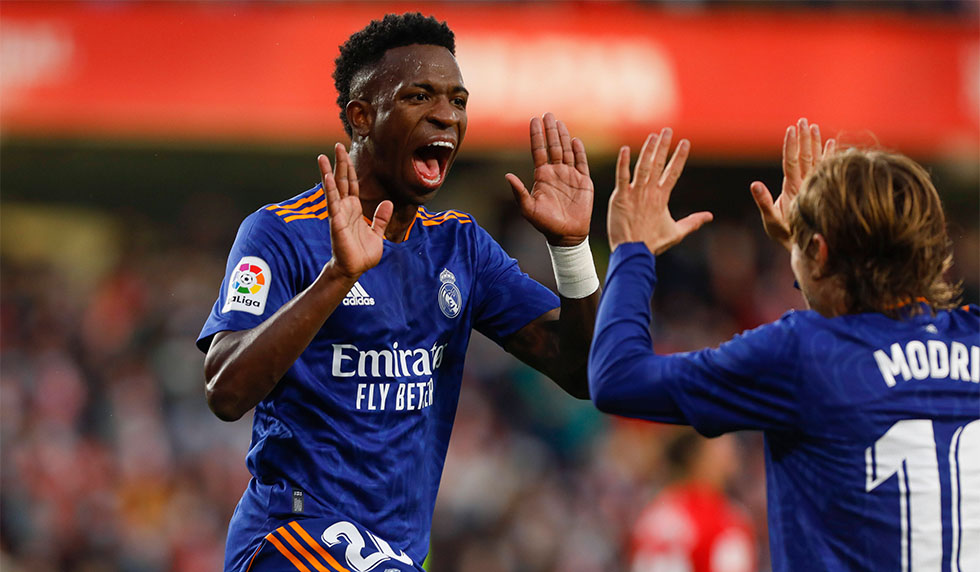 InterviewTen goals and seven assists in 17 appearances: Vinícius Júnior is undisputedly the man of the season so far at Real Madrid. In an interview with the radio station CADENA SER, the 21-year-old Brazilian made it clear that he wanted more. He’s even aiming for a career like that of Cristiano Ronaldo and Sergio Ramos, by which he means the length of his stay with Los Blancos. Vinícius also spoke about his contract, Häme and FC Barcelona.

… himself to be pretty much the best player in the Spanish league at the moment: “It’s the people who mean that. I always focus on helping my club and doing my best. I am very happy with the start of the season. I want to go on like this to help the team and to win a lot this season. “

… the effects of his upswing in madridismo: “Now people are asking more for photos, but it’s good that the fans like me so much. I’m happy with what I’m doing on the pitch. “

… Carlo Ancelotti as the key to his explosion: “It’s not just Ancelotti. (Zinedine) Zidane, (Santiago) Solari… Now under Ancelotti I have a little more self-confidence, I get more minutes to play well. The last three years with the training units and games have helped me a lot. “

… Ancelotti’s unconditional trust as the decisive element: “Yes, of course, that’s important for every player. But now I’m much more ready. I don’t know whether I was ready beforehand. Now it’s me and I keep working to be in top shape. I’m 21 now, I was younger before, that’s normal. I came to Real Madrid from Brazil when I was 18, the best club in the world where there are so many great players. And I came to learn. I have learned in these years and will continue to learn until my last day here. “

… the current condition of the team: “We are in a very good mood and have to continue like this. We work to always be at the top – first in the league, first in the Champions League, in all competitions in which we are represented. We have to go on like this to win the league. “

… the ten-point lead in the league over FC Barcelona: “It’s just the beginning. Barça are always improving and have now changed coach. I think they will improve with Xavi. “

… his near move to Barça: “Both clubs wanted me and I chose Madrid because of the project and all that they did for me. I thought it was the best project for me and the affinity for the club was greater. I’ve always liked Real Madrid, Cristiano Ronaldo and all the players. That’s why I made a good decision and I want to be here for a long time. “

… claims that he was once actually a Barça fan and cried with joy in the Catalans’ historic 6-1 win against Paris Saint-Germain: “I played for Brazil that day. I think Real Madrid wanted me because of that game. I was the best player, the best goalscorer. Then I signed with Real Madrid. “

Vinícius Júnior: “Many would pay to play at Real Madrid”

… his current contract, with which he belongs to Real’s low-wage earners: “I don’t care. The contract I have now is the one I signed when I was 16. I’m calm and have to keep working to play for the team for a long time. That’s the most important. Lots of players would pay to play at Real Madrid. It’s the best place in the world. I’ve always focused on what I’m doing on the pitch. It doesn’t matter how much I make. Of course it’s important, but I don’t care that much. “

… possible offers from sheikh clubs like the nouveau riche Newcastle United: “I want to stay here. Since my arrival I have said that I want to be here for a long time, and not just since now. “

Vinícius Júnior: “Everyone wants to win the Ballon d’Or”

…Karim Benzema: “Since we’ve been playing together for a long time, we already know what the other is doing. Karim is a great player, I like to play with him. He always helps me too. I want to continue helping him to score many more goals this season. “

… the importance of individual trophies for him personally: “Of course it’s important for the players, it gives them more self-confidence. But I think the titles with the club are much more important than individual prizes. “

… Pedri’s Golden Boy victory and the question of whether it is deserved: “Yes I think so. He played very well last season, played a lot of games. “

… the Ballon d’Or as its possible goal on an individual level: “Sure, every player wants to win the Ballon d’Or one day. But I keep working. I still have a lot of time in football. “

But Brazilians are in no hurry: “It doesn’t matter when I extend it.”

Solari talks about ex-protégé: “He was always very receptive to learning.”

Vinícius Júnior: “Do not think that I am better now”

… the malice that he has often received in recent years because of his poor goal finish: “I lived the way I live now: very relaxed. I don’t think I’m a better player now – just as I didn’t think I was a worse player before. “

… his torn ligament in March 2019 as the worst real moment to date: “Yes for sure. Because when I’m injured there is nothing I can do, not work to help the team, not be in my best form, not be on the pitch. That was my worst moment. But I didn’t have any doubts. I always believed that I would do great things here. Everyone here has always conveyed to me that I can be here for a long time. “

…Kylian Mbappé: “Mbappé is a great player. But I’m not talking about players from other clubs (laughs).“

… the question of whether he would rather have Mbappé or Erling Haaland on his team: “Both. I would choose both because they are great players. I think they will shape an era in football like Cristiano did, (Lionel) Messi and the Madrid players have done. “

… racist calls to him at the Clásico in Barcelona: “It’s very sad that things like this still happen at this time. I don’t give importance to crazy people. We won 2-1 there and I enjoyed the game. I played very well and didn’t pay too much attention to what was being called. But that must never happen, it must finally stop. It has happened to me a lot in my life, but I don’t want to talk about bad things. “

REAL MADRID LIVE: Take out a subscription at DAZN now

Ten goals and seven assists in 17 appearances: Vinícius Júnior is undisputedly the man of the season so far at Real Madrid. In an interview with the radio station CADENA SER, the 21-year-old Brazilian made it clear that he wanted more. He’s even aiming for a career like that of Cristiano Ronaldo and Sergio Ramos, by which he means the length of his stay with Los Blancos. Vinícius also spoke about his contract, Häme and FC Barcelona. 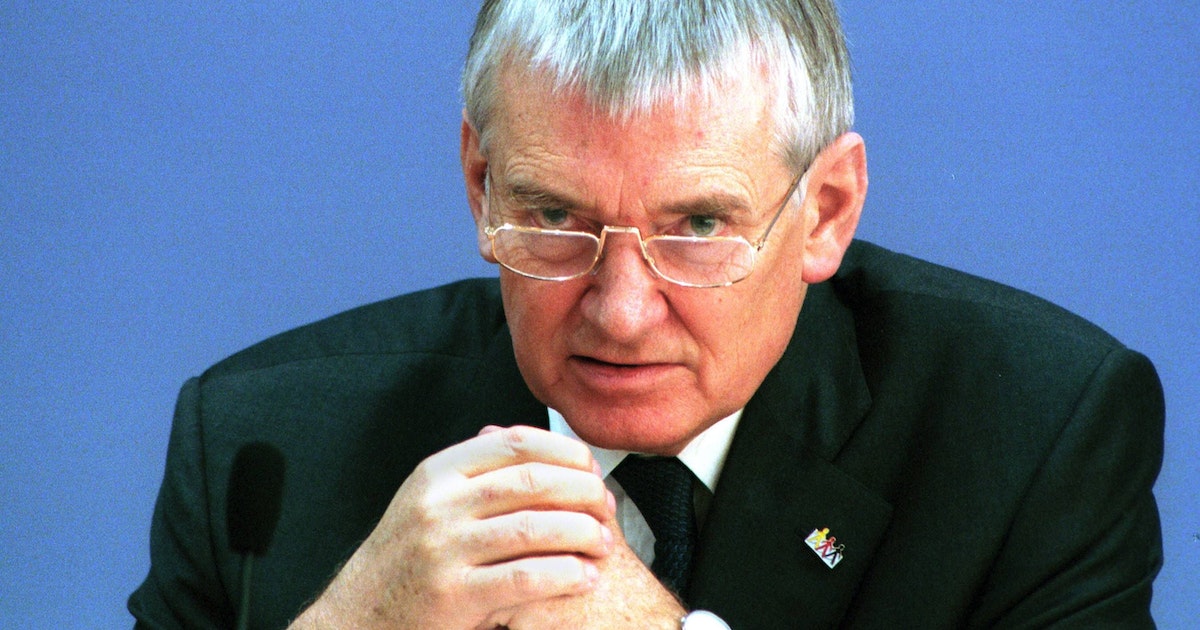 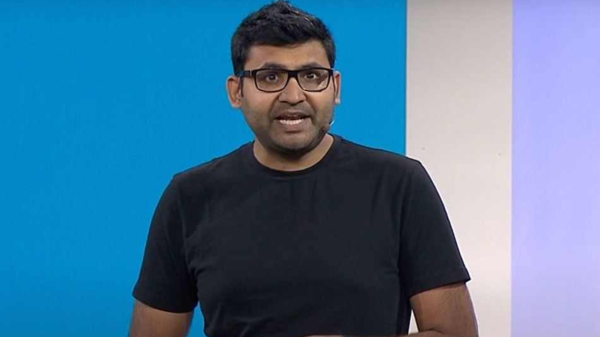 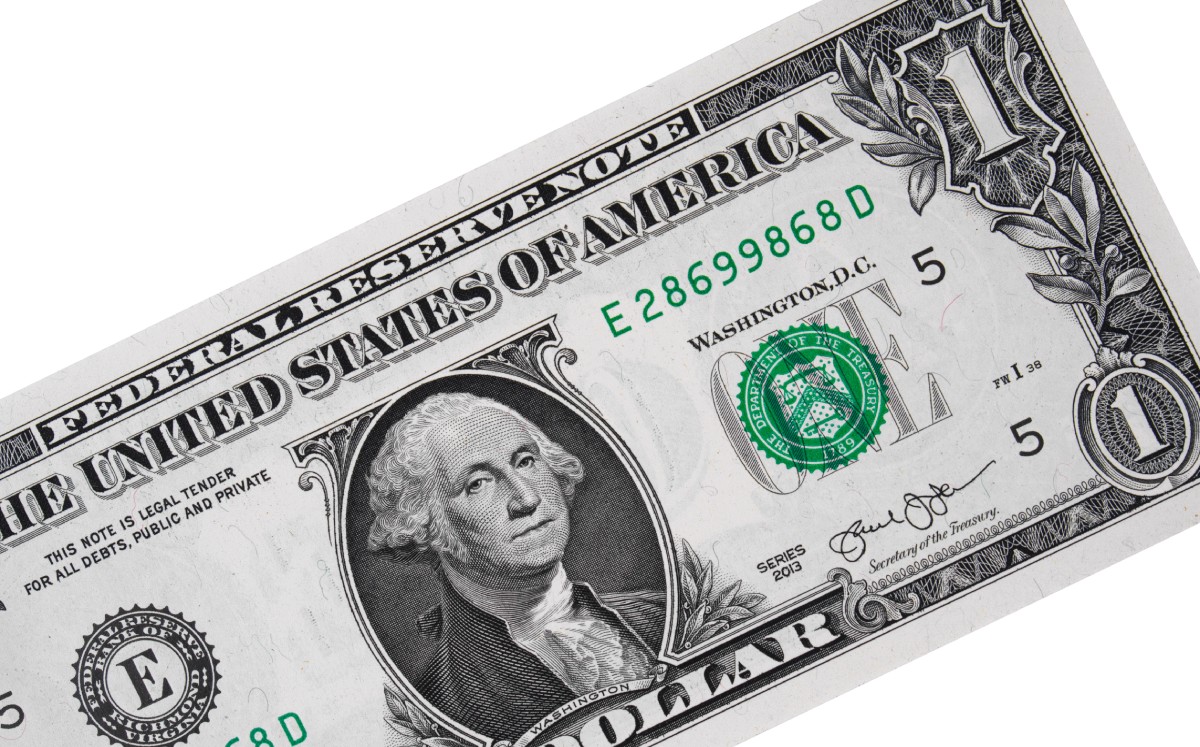