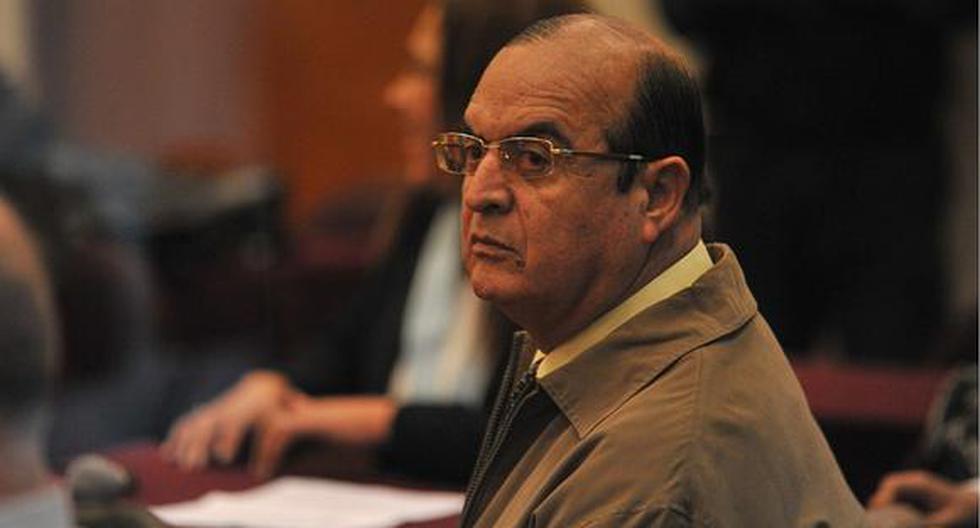 The illegal calls made by the former political operator Vladimir Montesinos from the Maximum Security Detention Center (Cerec) that is in the Callao Naval Base, from which their intentions to influence the latest electoral process can be deduced, they have shaken the Ministry of Defense and public confidence in a sector of the Navy.

The Minister of Defense, Nuria Esparch, revealed last Thursday that there are 50 Navy officers included in the internal investigation due to apparent negligence when they were in charge of the security of the compound since March 2020. In that month there were changes in the telephone call restrictions due to the pandemic.

“We have verified that there have been irregularities in the protocols, in the surveillance of the prison environments,” he declared in RPP. For this reason, the head of Cerec, the heads of services, were relieved of their position and calls for Montesinos were suspended.

According to what Esparch pointed out, Montesinos circumvented all the established protocols when communicating by telephone with the commander EP (r) Pedro Rejas Tataje, who in the audios was heard receiving instructions from the former presidential adviser of Alberto Fujimori to apply a strategy that helps to the Keiko Fujimori campaign.

In principle, the Navy reported that there were two calls, which were disclosed by the former presidential candidate Fernando Olivera, but IDL-Reporteros later propounded that 17 communications were actually registered between the two characters.

“The inmate was not watched while making his calls; The protocol indicates that the inmate hands over his card (for telephone balance), the head of service dials the number, he must speak with the person called and verify that it is that person, and then he hands the receiver to the prisoner (Vladimiro Montesinos), but that has not happened ”, he explained.

The preliminary report released by the representative of the Executive will be requested by the Supreme Prosecutor Bersabeth Revilla. This newspaper learned that the Public Ministry will evaluate whether it is pertinent to investigate the 50 officers who were responsible for guarding the ‘Doc’ phone calls.

Naval base in doubt

Not only is Montesinos held at the Cerec. The bloodthirsty leader of the Shining Path, Abimael Guzmán, and his leadership of terrorists are also inmates in that prison.

This prison became operational in 1993 to house those sentenced for crimes of terrorism or treason. However, in recent years it served to imprison highly dangerous convicts.

Last week, the Defense Minister made a revelation that has gone unnoticed. At the end of the year, the agreement signed between the National Penitentiary Institute (INPE) and the Navy ends for the latter to conclude the administration of Cerec.

This information was confirmed to Peru21 by sources from the Ministry of Justice, a sector to which INPE is attached. They indicated that the proposal being considered is that the inmates go to the pavilion of a prison that would be conditioned with maximum security.

According to the same sources, the maximum security prison of Challapalca, located in the heights of Tacna, would not be in the plans.

This is news that will go down well with the members of Movadef, the Shining Path’s political arm, who in recent months have demanded that the Naval Base stop confining its terrorist leaders because they are in “absolute and perpetual isolation.”

But that change is also seen with good eyes by military personnel who have passed through the naval navy. That is the case of Admiral José Cueto, today a congressman elected by Renovación Popular.

“Let’s hope they transfer all those inmates from the Naval Base, our whole life that place has generated problems for us because the Navy is always held responsible,” he told this newspaper. The incoming government, however, may have other plans or speed up the transfer of prisoners.

-In the report prepared by the Navy inspectorate, it has not been established that Vladimiro Montesinos has accessed cell phones to make calls abroad.

-It is also specified that the room where the telephone is installed to make calls does not have security and surveillance cameras. During the pandemic, visits were suspended.

-From July 8, and exceptionally, calls will only be authorized to relatives of inmates up to the second degree of consanguinity.

THIS VIDEO MAY INTEREST YOU