The record-breaking years at Vueling soften. The Prat de Llobregat airline made an operating profit of € 240 million in 2019, 9% less than in the previous year, according to the IAG holding company (owner of the company) in the National Market Commission of Securities (CNMV) in its annual presentation of financial results. It is the second IAG brand to have seen the sharpest drop in this indicator, only behind the 9.6% drop in Aer Lingus.

The group – which also controls Iberia and British Airways – admits that Vueling has run into a “slowdown” in demand which it has to compensate for with savings measures and changes in incident management. “A new incident protection plan was launched, which resulted in increased costs but was offset by Vueling’s action plan to cope with the slowdown in demand by identifying savings opportunities” , details IAG. According to the holding, the investment “in responsiveness, adaptation to change and incident management reduced passenger attendance costs”, that is, the airline’s compensation to travelers to compensate for cancellations and delays in flights.

Why Vueling won’t grow next year

In addition, the group believes that Vueling has responded best to adverse situations such as strikes or saturation of airspace with which the sector co-operates. To these explanations, a political component has been added, assuring that the incidents in Barcelona after the judgment of the Process also affected them.

Despite the decline in operating profit, the airline has managed to increase its revenue by 5% to € 2,455 million. However, operating expenses such as fuel, which have risen by 12% or staff, with 5% more, have gained weight. Vueling’s ebitda (pre-tax profit, interest and amortization) remained stable at € 490 million.

During the same earnings presentation, IAG also acknowledged that the outlook for listed assets was “negatively” affected by “weaker” demand due to the coronavirus impact. That is why the holding has declined to predict its benefits by 2020. “We are currently experiencing weak demand on Asian and European routes, as well as on business trips throughout our network as a result of the cancellation of events and restrictions, “acknowledged the company, which again drags its stock market by more than 10% this Friday.

The Dax is going up slightly from nervous trade – Trump... 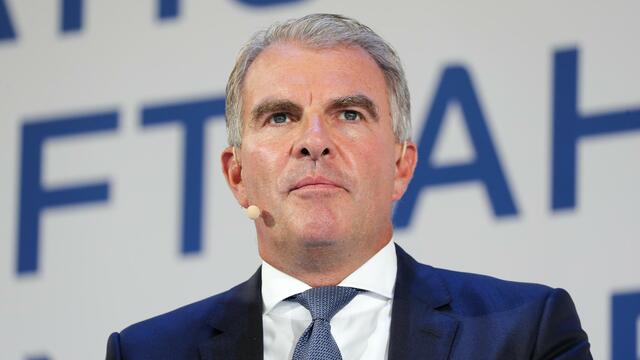 Aviation group: Lufthansa should negotiate with the federal government about a state...