We know the contents of the Great America before its sinking, and its cargo is scary

Home » News » We know the contents of the Great America before its sinking, and its cargo is scary 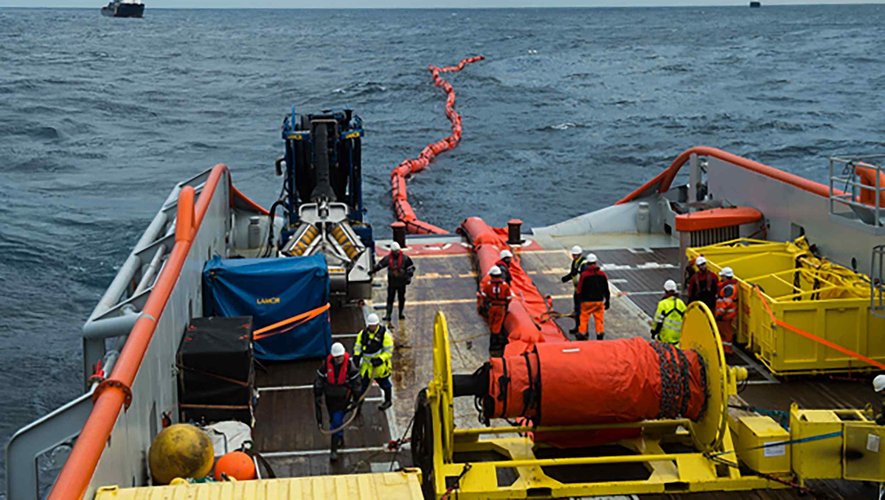 the essential
The Atlantic Maritime Prefecture has published a detailed list of products transported by the wrecked ship Grande America 300 km from the French coast. The boat contains 1050 tonnes of hazardous products.

Exactly ten days after the submersion of the ship, the Maritime Prefecture of the Atlantic detailed the contents of the ship. The loading list was communicated to five environmental associations during a meeting in Brest with the maritime prefect, before being published on the internet. In addition to 2,000 tonnes of heavy fuel oil, the Grande America, wrecked in the Bay of Biscay, was carrying 1,050 tonnes of hazardous materials.

The detail of the cargo of the Grande America

Non-dangerous goods (in the IMDG sense) in containers:

An association files a complaint

For Jacky Bonnemains, of the Robin des Bois association, “this is the first time in the history of maritime accidents that such a detailed inventory has been made public”. “Everything is worrying in this inventory,” he said, “both hazardous and non-hazardous materials, with probably computers, automotive spare parts, even a highly explosive hydrogen vehicle (in contact with the air) and we have 55 containers whose contents are unknown. The Robin des Bois association announced that it had filed a complaint this Thursday in Brest against the owner Grimaldi and the captain of the ship.

Nicolas Tamic, from Cedre, specializing in accidental water pollution, was reassuring, recalling in particular that the acid, “immersed in a liquid element and in particular in so much water is diluted”. “We are in an area where there are very, very few currents and in the middle of a big high pressure bubble. We therefore have no wind which means that the pollution remains in place, but it is not easy to catch because it is fragmented, ”he said.

Read also  Second round of the DHB Cup: TVB Stuttgart and Frisch Auf Göppingen have to go away – sport

The Grande America sank on March 12, 333 km west of La Rochelle at a depth of 4,600 meters after a violent fire. Its 27 occupants were rescued.

In a second press release, the Prémar reported “good weather conditions” on Thursday in the Bay of Biscay. The Spanish tugs Alonso de Chaves and Maria de Maetzu, as well as the VN Partisan are positioned vertically above the wreck, “where a surface iridescence dotted with clusters of heavy fuel oil is still visible”, she explains. The BSAA Argonaute and VN Sapeur, the BSMA Rhône, the Ria de Vigo and the TSM Kermor are also still involved in the initial pollution emitted and which has drifted. The TSM Dora barge, chartered by the shipowner, arrived on site. Two other vessels also chartered by Grimaldi have also recovered “3 containers of food products, one of which is in very poor condition”, according to Premar. A fourth vessel chartered by the owner, equipped with a remote-controlled underwater vehicle, will arrive on site on Monday. “At this stage, taking into account the environmental conditions in the center of the Bay of Biscay, the distance from the coast and the results of the models provided by the drift committee, an arrival on the French coast of heavy fuel oil heaps seems very little probable before 10 days “, once again indicated the Premar.