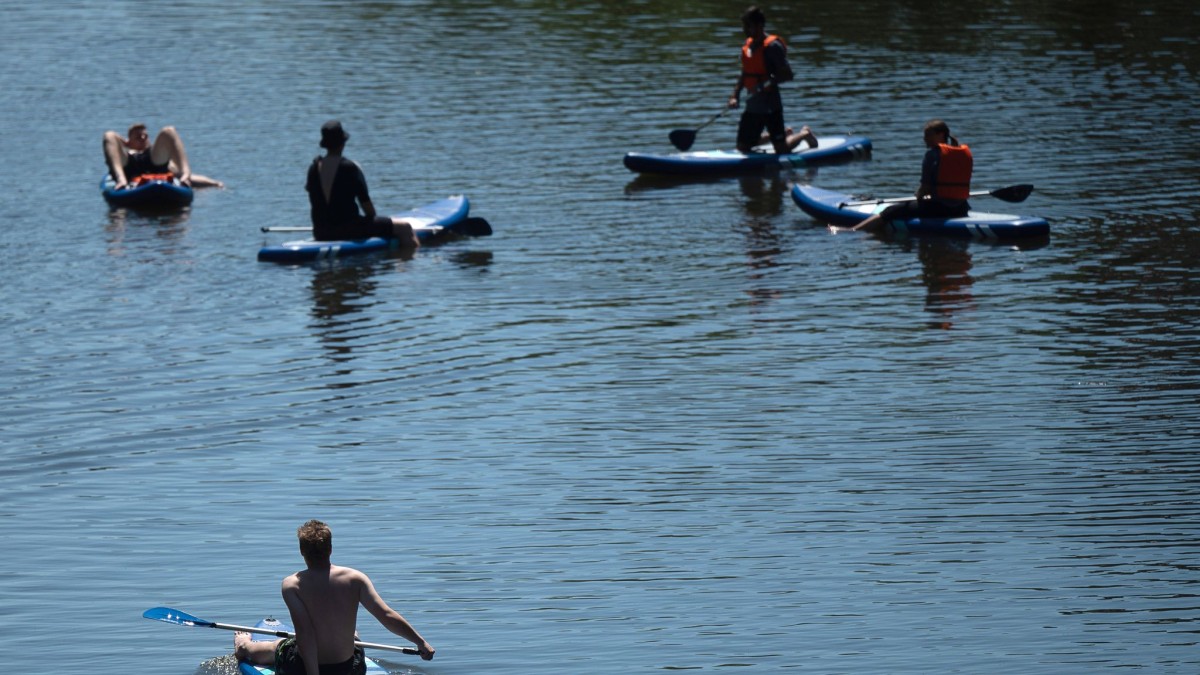 Offenbach (dpa / lhe) – In Hesse, hot summer weather can be expected in the coming days. At the weekend, temperatures will rise to up to 38 degrees, and thunderstorms are also possible on Sunday, as the German Weather Service (DWD) in Offenbach announced on Thursday. Thursday will be clear and dry, with maximum temperatures of 24 to 29 degrees and up to 30 degrees in the south. In the night to Friday it cools down to 15 to 10 degrees.

Friday will be mostly clear and without precipitation – with maximum values ​​of 26 degrees in northern Hesse and 31 degrees on the Rhine. At higher altitudes it gets a maximum of 23 to 25 degrees. In the north, there are also clouds at times, it was said. Temperatures will drop to between 19 and 13 degrees on Saturday night.

On Saturday it will be 30 to 35 degrees warm, in southern Hesse sometimes up to 38 degrees. It will be sunny and stay dry. In the night to Sunday, only a limited cooling is to be expected – the lows are 21 to 16 degrees, in the south locally 22 degrees.

After a dry start to the day, the DWD expects rain showers on Sunday, especially in the north and west, which will sometimes be accompanied by heavy thunderstorms, heavy rain and hail. The temperatures rise to a maximum of 31 to 36 degrees, at higher altitudes to 26 to 30 degrees. It will blow moderate, in the south sometimes gusty wind. Storm gusts are possible during thunderstorms. In the night to Monday there could be more thunderstorms with local showers.