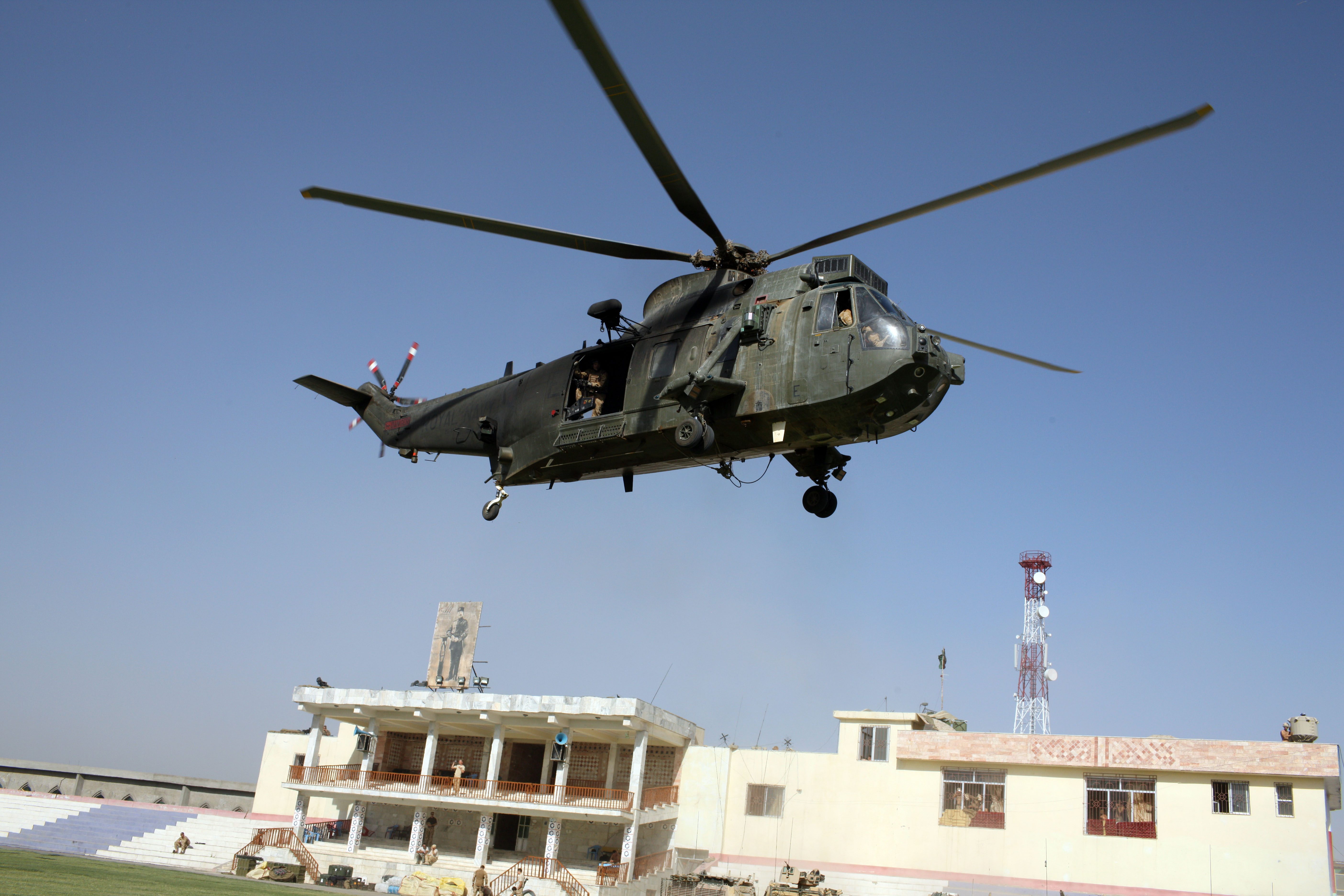 UK to send Sea King helicopter gunships to Ukraine. General Tricarico: “They are rather obsolete means, heavy helicopters with a very wide range of uses: from search and rescue to troop transport, from the transport of materials to that of commandos”.

Former Chief of Staff of the Air Force

UK will send in the first time war helicopters in Ukraine. This was announced this morning by British Defense Minister Ben Wallace, explaining that they will be supplied to Kiev three Sea King helicopters as part of a more substantial aid package which also includes 10,000 artillery shells, a thousand surface-to-air missiles and 125 anti-aircraft guns. “Our support for Ukraine is unwavering,” Wallace said during a trip to Norway, explaining that the new weaponry will strengthen the Kiev government’s ability to defend its territory.

Never before had a NATO country decided to send helicopters or planes equipped with pilots. The news, however, had been in the air for some time: the Royal Navy has in fact already provided six weeks of training on Sea King to the Ukrainian armed forces and engineers. But how can these aircraft be used by Kiev’s aviation? We asked the general about it Leonardo Tricaricoformer Chief of Staff of the Italian Air Force.

What do we know about the Sea King helicopters that England will soon supply to Ukraine?

A bloodstained hammer from Russia to the European Parliament: who wants to send it and why

The Sea Kings are by now rather obsolete vessels, so much so that the British are getting rid of them to replace them with more modern and efficient ones. In fact, these aircraft already have several years of operational life having been used in all theaters of war, from Afghanistan to Iraq. We are talking about heavy helicopters with a very wide range of uses: from search and rescue to troop transport, from the transport of materials to that of commandos. A version for deep surveillance has also been created thanks to the installation on board of a special radar. The Sea Kings are equipped only with traditional self-defense systems, so a use in Ukraine in combat theaters would be quite problematic at the moment.

Prudence would like aircraft such as helicopters to be used only after the acquisition of air superiority in the skies, an objective that has never been achieved by anyone, however, neither by Moscow nor by Kiev.

So how will these helicopters be used?

I believe that their use can be mainly of a logistical nature and that they will not go into the battle area, otherwise the risks of being shot down would be very high. I assume that the aircraft could be used, for example, for the transport of Ukrainian special forces, troops or armaments, perhaps as a substitute for road vehicles that may have difficulty moving on winter ice or mud. The Sea Kings have a considerable load capacity…

How might the winter months change the course of the conflict?

Winter should especially hurt those who attack. The Russian military is the one that will face the most significant drawbacks because it has rather poor logistics, while the Ukrainians can count on accurate, detailed and timely intelligence. Kiev can combine the continuous availability of information with very precise weaponry. If it is true that Moscow has movement difficulties, it is true that as a result it is exposed to Ukrainian “surgical” attacks. Everything suggests that Kiev will take advantage of this undeniable advantage. At least I would…

So is the call for dialogue launched by the US Chief of Staff, General Mark Milley, destined to fall on deaf ears?

From day one I have declared that a negotiation is always desirable, and I believe that such a negotiation should have been undertaken long ago. After Russia’s declaration of annexation of four Ukrainian oblasts, however, dialogue has become much more difficult, thanks to the boldness of Zelensky, who seems to be not very “governable”. In any case, spaces for negotiation must always be sought and international concertation is necessary, which has so far been systematically lacking.

How should Russia’s attacks on Ukraine’s energy infrastructure be interpreted? Why does Moscow want to hit civilians so hard by exposing them to the consequences of winter?

Energy infrastructure is a legitimate target in any war, and always has been. Unfortunately it is a fact. The brutality of the Russian attacks on electricity generation facilities is not comparable to that demonstrated in other operations, where civilian buildings such as apartment buildings and hospitals have been targeted. This was the real barbarism. In recent weeks, the Russians have tried to bring down the Ukrainian electricity grid through hacker attacks, but were mainly stopped by American cybersecurity experts. As a result they switched to rocket attacks. However, I do not think that the Ukrainians will be bent too much by the damage inflicted on energy infrastructure, even if it is undeniable that they will have to suffer the consequences of the cold. However, they have shown a will to resist that is difficult to scratch.