Home » World » Which do you recommend? El Carmen, Támesis and other emerging destinations gaining ground in Antioquia 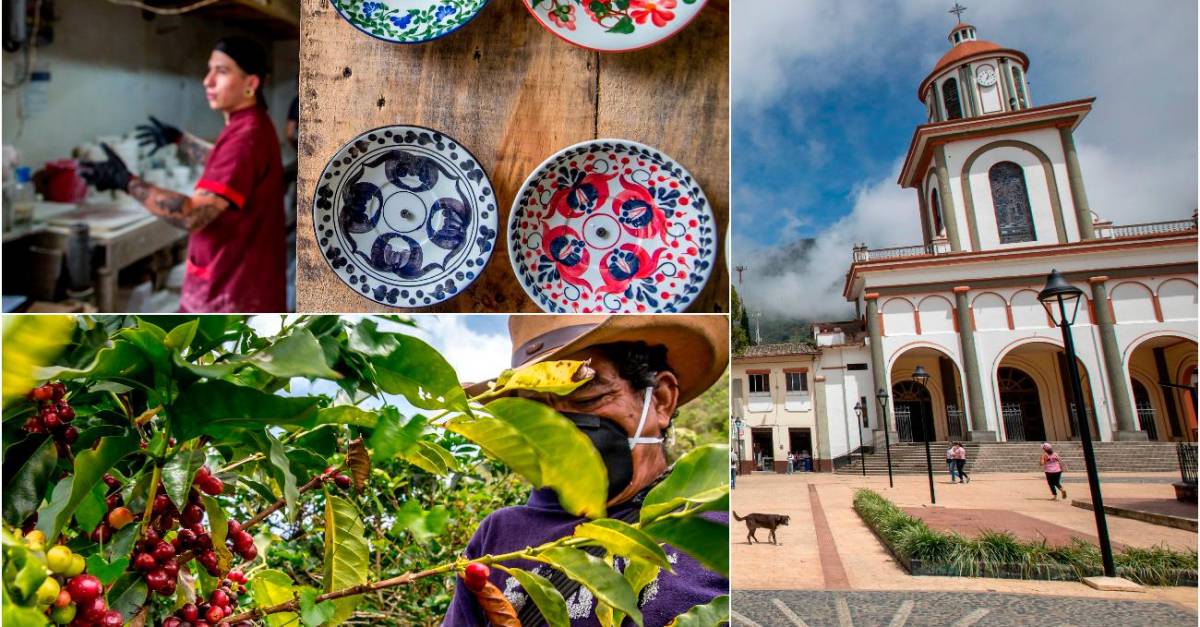 Americans, Europeans and Latinos from Argentina, Chile or Brazil are leaving around 7 million pesos a week in tourist establishments in emerging destinations in Antioquia such as Sonsón, El Carmén de Viboral, San Rafael, La Ceja, Puerto Triunfo or Támesis.

Although Santa Fe de Antioquia, Guatapé or Jardín are the most popular, in subregions such as the Southwest, Urabá or Magdalena Medio there are a handful of municipalities and districts that are beginning to boost their economy through tourism.

According to Procolombia, the department stands out for its nature and its paisa and peasant culture, where mountains and valleys are interspersed and where coffee and flowers are the protagonists. “There, modernity and customs coexist in harmony, transforming societies and looking to the future from tradition. Its international projection has potential, thanks to its tourist offer of culture, nature, urban tourism and meetings industry”.

Sergio Roldán, who until recently headed the Secretary of Tourism of Antioquia and now will lead the department’s Foreign Relations, says that they are seeing “from experiences in coffee farms in the Southwest, through teaching fishing in the Middle Magdalena, to go see turtles hatch in Urabá”.

According to him, these sites advertise directly with their visitors, who share the experience on social networks and begin to generate interest from other people. Each subregion has its charm and destinations that are attracting attention.

Thus, Roldán highlights that coffee experiences are “hitting hard” in Santa Bárbara, Montebello, Titiribí, Amagá or Fredonia. There are even large-scale projects that are already being considered at the crossroads between Concordia, Betulia and Urrao to make a tourist leap.

In Urabá, Arboletes and Mutatá are awakening interest for their nature and ecotourism. In addition, the indigenous communities in the subregion are also striking. Meanwhile, in the West they conquer multiple destinations such as the Parque Nacional Natural Las Orquídeas, in the jurisdiction of Frontino and Abriaquí (and Urrao, in the southwest).

In turn, the Oriente paisa is gaining followers thanks to its gastronomic offer or architecture, which can be enjoyed in Sonsón or El Carmen. This last destination, says Procolombia, is receiving visitors from more than 30 countries such as Israel, Korea, Canada, Panama and the Netherlands, who seek the experience of making tableware.

And despite the fact that out of the 52 weeks of the year, approximately 20 are open for tourism –January, June, December and special times such as Easter and recess–, the business is being compensated with the expense of travelers “ who from five dollars to five dollars” are moving the economy, according to Roldán.

With official figures at hand, Dane assures that internal spending on tourism in Colombia in the first quarter of this year stood at an average of $87,135 per traveler, an amount that is even above the $73,287 for the same period in 2019, when there was no pandemic.

However, one of the challenges has to do with the number of overnight stays, since those who travel spent an average of 4.2 nights in the place where they stayed, while three years ago they did 6.

Another challenge for emerging destinations in Antioquia is to be sustainable. According to the experts consulted, these territories should not be governed by the number of income or tourists, but rather be self-critical and not saturate their resources.

Of course, there is a lot of interest in investing and exploiting the potential of the aforementioned municipalities and the phone rings several times a day. “They have contacted me to find out about San Roque or Peque, because they see potential for doing business there,” Roldán explains.

In addition, advice to companies that are paving the way is being strengthened, such as the sponsorship of high-standard hotels to smaller ones in emerging regions, so that they manage tourism, as highlighted by Juan Carlos Tirado, president of the board director of Cotelco, hotel union, Antioquia.

According to Tirado, in addition to ensuring sustainability, the great task is infrastructure. “We need quality accommodation, places where people can eat well and improve tertiary roads.”

For now, the representative of Cotelco Antioquia appreciates that the work on roads and connectivity is being done and as a consequence, tourists, especially foreigners, are feeling more secure when traveling through the Paisa subregions.

But it must also be said that from the sector bilingualism is seen as another point to strengthen, because in municipalities that were not so used to the presence of foreigners it is very common to appeal to make themselves understood as much as possible in Spanish.

With several things to do, Antioquia is not losing strength and is looking for tourism to weigh more on its economy. People want to know what the Paisa culture is like, what it is like to spend a night on a farm and have breakfast and lunch with the peasants; and the business grows quietly.

In fact, although there is no figure or study that has put the magnifying glass on it, the experts consulted point out that one or another farm that was dedicated to agriculture now bets on tourism, or even combines both activities.

The possibilities are great and they are even in the immediate vicinity of the metropolitan area, as areas such as Santa Elena or San Antonio de Prado are also gaining strength thanks to activities such as bird watching.

Currently, says Procolombia, the most attractive plans for tourists in Antioquia are to take a panoramic tour of Medellín, where it is a must to visit the escalators and the alleys of Comuna 13, during the graffiti tour, an art and culture experience that They have transformed this area of ​​the city.

Climbing the Peñón de Guatapé and sailing through the reservoir, taking a gastronomic tour and eating dessert in San Antonio de Pereira or going to the Plaza Botero, the Botanical Garden, the Arví Park and the Antioquia Museum, in Medellín, are also among the most popular plans