Why is Mars carbon so intriguing?

Home » Technology » Why is Mars carbon so intriguing? 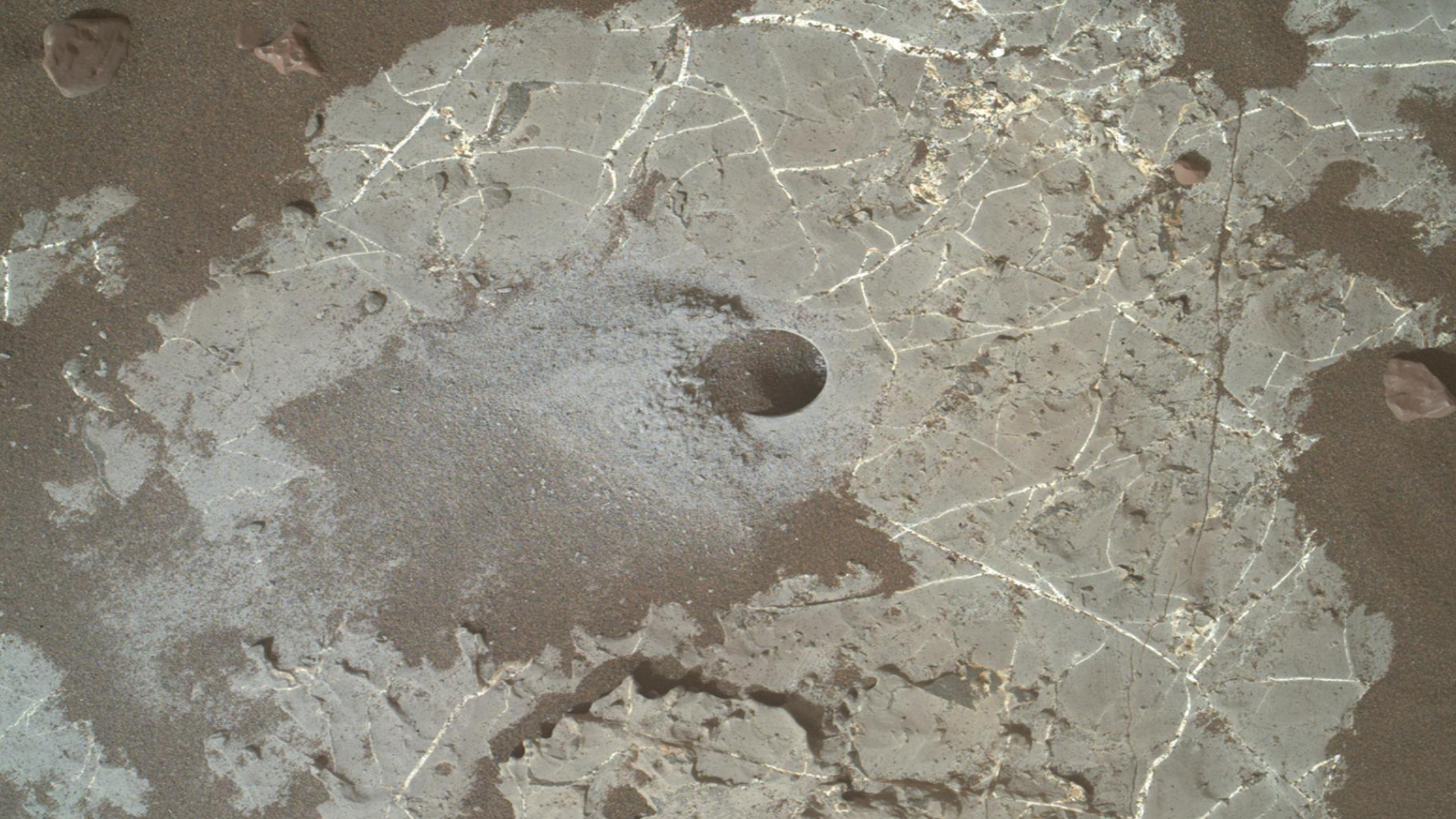 Curiosity has again found traces of carbon on Mars, which would be a clue to ancient traces of life. But before getting to that point, the researchers sift through all the other possible explanations.

NASA proudly announces in a press release published on January 17, 2022: Curiosity has measured intriguing carbon signatures on Mars. The announcement follows the publication of a study in the journal Proceedings of the National Academy of Sciences. The American space agency welcomes the discovery and speaks of clues tending to reinforce the hypothesis according to which there was a past life on Mars.

However, it is enough to go back a little in the archives to realize that this same rover had already identified carbon in 2012, just a few months after its arrival on the surface of the red planet! So how is this latest study different, and why is it getting so much attention?

« In 2012, the situation was very different, justifies to Numerama William Rapin, CNRS researcher at the Institute for Research in Astrophysics and Planetology (IRAP). We had just landed and we still had doubts about what we were seeing. Now we are more sure of ourselves. »

This specialist in the evolution of water on Mars did not participate in the study, but closely followed the various findings made for nearly ten years by Curiosity. He also participated in the ChemCam instrument, then in the SuperCam placed on the other Martian rover, Perseverance.

Carbon 12 or 13, a neutron that changes everything

William Rapin says: “ Curiosity drilled on many sediments, in different places, and was able to find traces of carbon several times. In the meantime, what we have been able to refine is the isotopic composition of this carbon, and that changes everything! »

To put it simply, two types of carbon have been discovered on Mars: carbon 12 and carbon 13. Their difference? They each have 6 protons, but the 12 only has 6 neutrons, and the 13 has 7. deposits with more carbon 12 than carbon 13.

When performing an isotopic analysis, the goal is therefore to say which of these two carbons is present in greater quantity. However, the latest analyzes have shown a strong overrepresentation of carbon 12. In these conditions, assure William Rapin, the simplest hypothesis according to our knowledge is to say that this carbon was left here by living beings. »

In the study, this is what the authors do. To explain the presence of this particular type of carbon, they are inspired by what happened on Earth. Bacteria would have produced these unique signatures which have been preserved in sedimentary rock for over three billion years. These rocks were previously lacustrine, and would have been “contaminated” by living beings around the same time that life appeared on Earth.

We know very little about Mars

That said, it is still a bit early to claim victory. All Curiosity has found are carbon molecules. Carbon rather linked to living things on Earth, of course, but just carbon, nothing more. ” It is impossible for the moment to find the trace of more complex molecules, laments William Rapin. We would need heavy equipment, impossible to transport to Mars. Clearly, we need the sample feedback from Perseverance. »

Indeed, Curiosity’s (and Perseverance’s) method for unearthing carbon is quite simple to sum up: all you have to do is recover rocks, reduce them to a powder state, then heat them until the carbon be extracted. An effective system, but which has the disadvantage of destroying the more complex molecules which could have existed. In other words, the researchers then only see the decomposed result, but can only imagine what was there before they cooked it. To be certain that a form of life existed on Mars, it would be necessary to find these complex molecules, which is impossible only with rovers.

In addition, there is another limit: we know very little about Mars. Even the authors of the study insist on this point: You have to think differently, they say in the NASA press release. We must keep an open mind and not think as if we were on Earth. »

« On earth, adds William Rapin, if we found this type of result, we would say without a shadow of a doubt that it is the product of a living being. But there are too many uncertainties about what is happening on Mars. »

If the carbon cycle on Earth and the composition of the atmosphere are very well known data, this is not at all the case on Mars. It is therefore very possible that other phenomena not involving life explain the presence of this type of carbon. Among the hypotheses considered: the arrival of cosmic dust rich in carbon 12 which would have “polluted” the frozen Martian soil.

Or another explanation: the photodissociation of carbon dioxide in the atmosphere, which produces carbon 12 in large quantities. This is impossible on Earth, but with a different atmosphere, why not. We know that the atmosphere of Mars is rich in carbon dioxide today, but we need to know if it was also the case 3 billion years ago. Knowing his pressure at that time would also be a plus.

« Without this information, we cannot exclude these possibilities., summarizes William Rapin. Here too, we will have to wait for the returns of samples to Earth to provide a definitive answer. »

With pieces of Martian rock in the laboratory on Earth, even if there are no complex molecules, we could know the profile of the atmosphere at the time and eliminate leads that do not involve life. In the meantime, the drillings of Curiosity and Perseverance are the best able to bring us clues, but they will not, on their own, have the answer.

Explore the Red Planet with the Mars 2020 mission 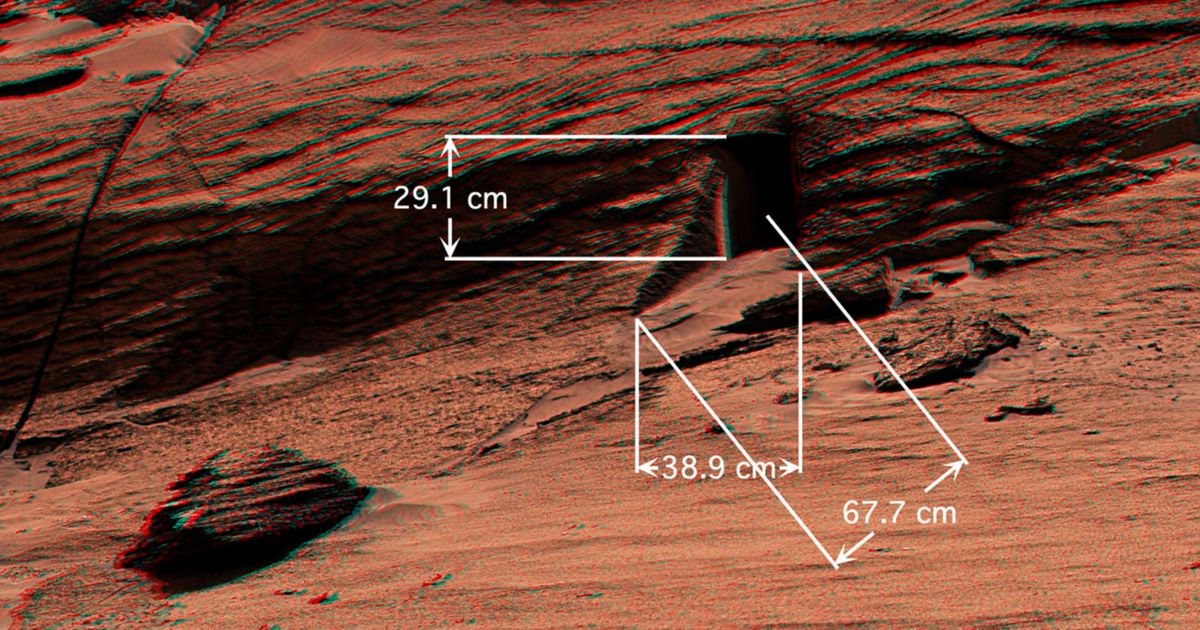 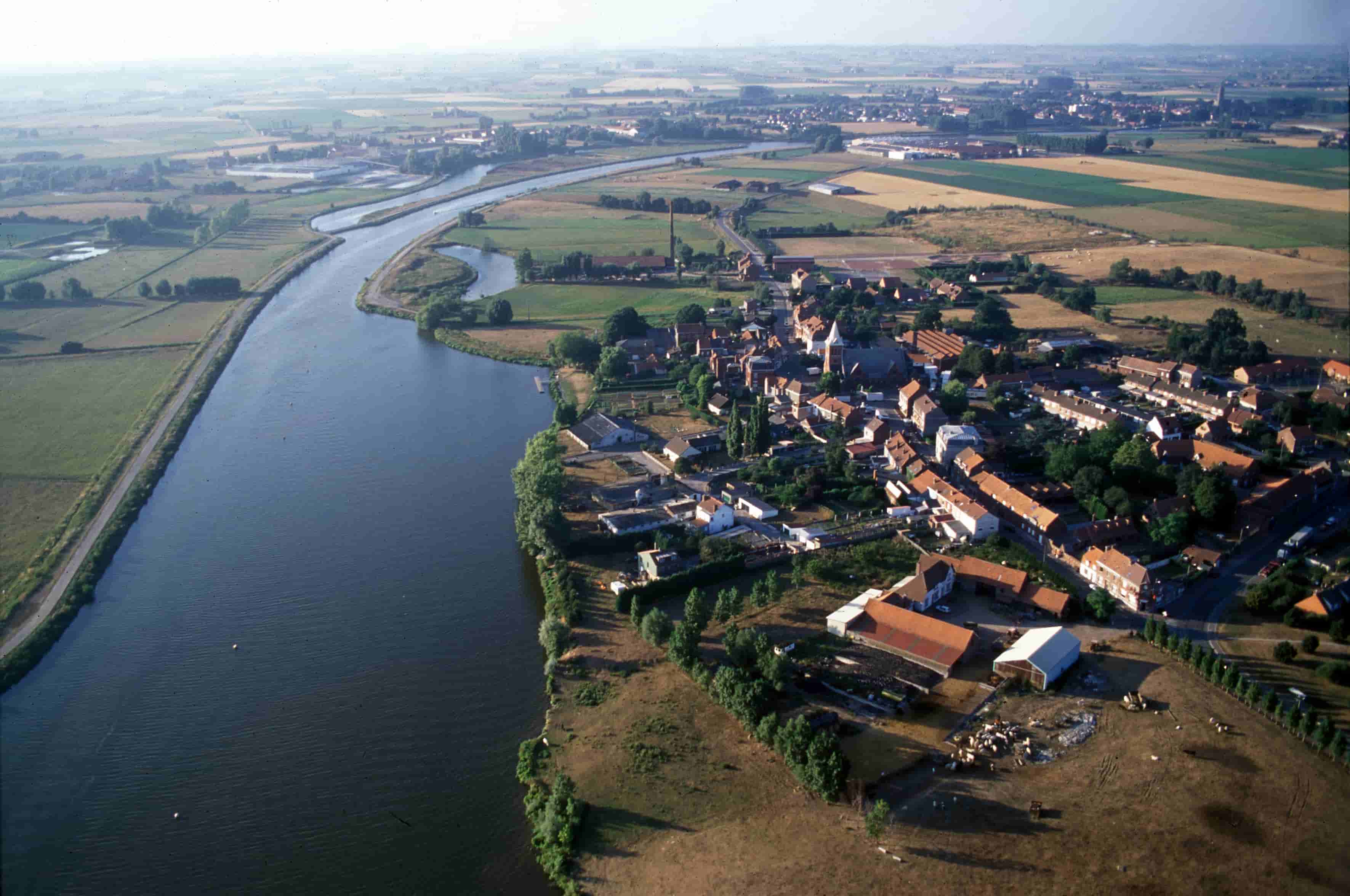 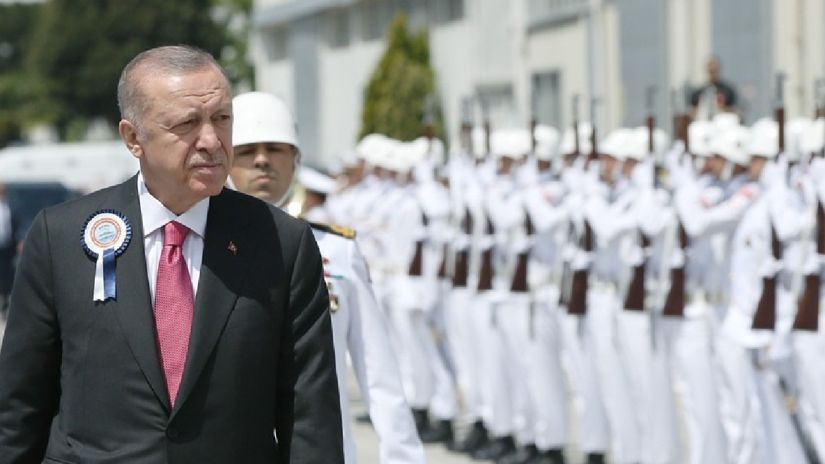 Turkey: Recep Tayyip Erdogan calls for “concrete steps” to approve the entry of Sweden and Finland into NATO 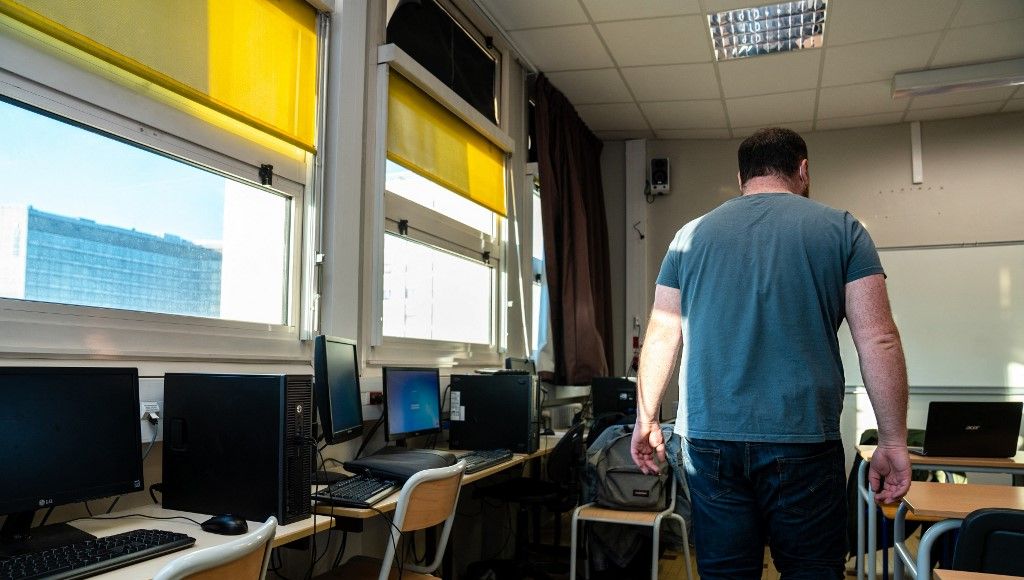 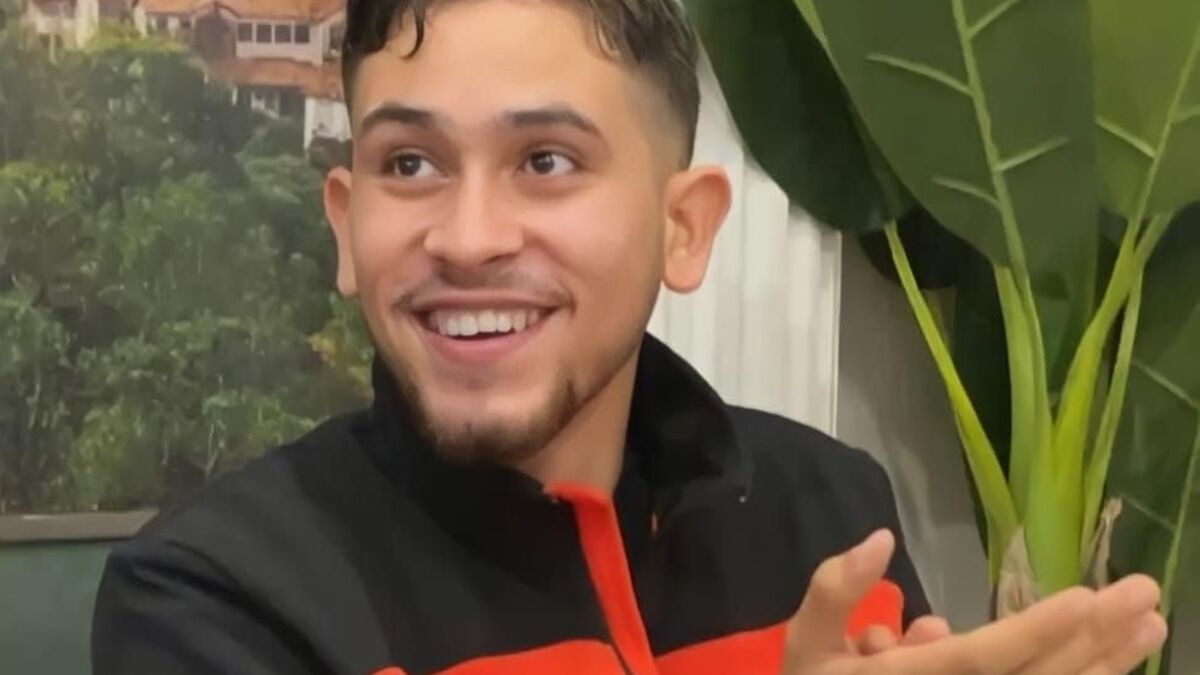 Johnnay, beaten to death in Champigny: for a month, his family has been living in seclusion “for fear of reprisals” 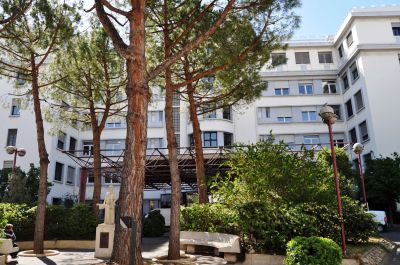