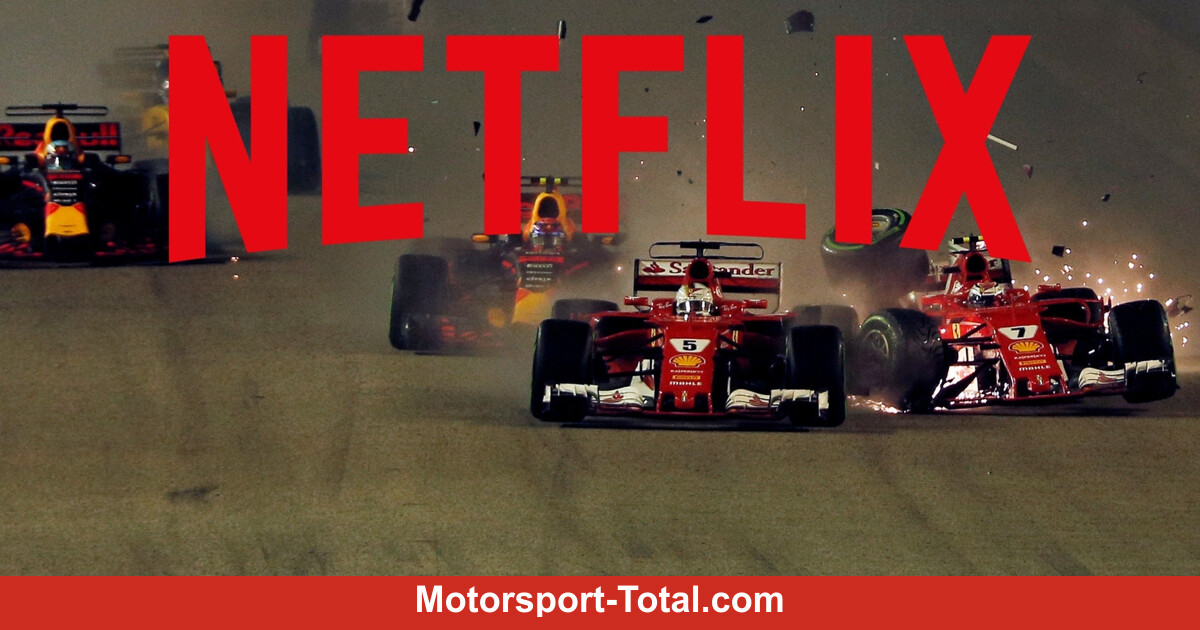 More drama than in the real world: Netflix series “Drive to Survive”

the 2021 USA Grand Prix in Austin marks an important milestone for Formula 1 in America. 16 years after the fiasco in Indianapolis, the absolute low point of Formula 1 in the United States, the racing series drove to a sold-out house in Austin.

Formula 1 was already on the rise in America before 2021, since the return of US racing in the 2012 season. However, under the American owners of Liberty Media, this trend has increased again sharply in the past five years. A second US race will now follow in Miami in 2022. And you are already thinking of a possible third Grand Prix in the USA. Formula 1 is more popular there than ever before.

What Formula 1 owes to Netflix

Much of it goes back to the successful ones Netflix-Serie “Drive to Survive”. This lowered the threshold to get new fans excited about Formula 1. The racing series has indeed gained a lot of new fans, especially in the United States.

Bobby Epstein, as track manager in Austin, makes no secret of the influence of the Netflix series on the race in Austin: The 2021 USA Grand Prix was sold out. After the 2020 race was canceled due to the corona crisis, the series achieved new audience records around the world.

Why Verstappen no longer wants to play

Therefore it is almost curious that this week we mainly talked about the dark side of “Drive to Survive”. Max Verstappen instigated this in an interview with the Associated Press before the race weekend in Austin.

Schumacher: This is what awaits you in the Netflix documentary!

Never before has the Schumacher family spoken so openly about their fate and granted such generous access to their private photo and film archives. More Formula 1 videos

Verstappen said: “As a driver, I don’t want to [mehr] participate. A few rivalries were artificially created that don’t even exist in reality. That’s why I decided not to be there anymore and to stop giving interviews. Because then there is nothing left to show. “

Of course, Verstappen’s point is justified. An example: The most recent season was about the 2020 season. In one episode, the action centered on McLaren and the dynamics between Carlos Sainz and Lando Norris. The team duel was portrayed as a deeply ingrained rivalry that seemed to escalate completely after Sainz’s move to Ferrari was announced.

Sainz was already involved in such a rivalry repeatedly: In the second season, Netflix had thrown into his duel with Daniel Ricciardo in the front midfield.

But Netflix has also exaggerated other topics in order to be able to tell a better and more dramatic story. For example, how the pit radio is presented, the battles in the constructors’ championship or driver changes. Just think how Christian Horner called Sergio Perez at the end of season three to welcome him to Red Bull. Such scenes are not always accurate and may irritate some Formula 1 fans.

The spin-off of a different kind …

The way in which rivalries are artificially exaggerated is now even haunted as memes through social networks. During the many incidents this year, fans sometimes said: “What Netflix will do with it.” Videos with such content get hundreds of thousands of views on YouTube. They are extremely overdone, but cleverly cut, and they entertain the fans.

We report what drivers and team bosses had to say after the US Grand Prix in Austin and analyze the crucial scenes of the race. More Formula 1 videos

That fits with Verstappen’s statements. In the aforementioned interview with the Associated Press, Verstappen referred to a scene from after qualifying in Imola, where he met Lewis Hamilton. In this scene he says: “It will probably be in there then.”

So has Netflix gone too far?

So the question arises: did Netflix go too far with its artistic freedom in “Drive to Survive”? Especially if the current World Cup leader no longer wants to take part in the series?

At this point you shouldn’t forget what the purpose of the series is. Formula 1 fans who expect a completely correct review of the season should have long understood that this is not what “Drive to Survive” wants to offer.

The series is all about bringing personalities and characters to the fore, making them more accessible to the general sports fan. They also want to show something that could also be of interest to insider fans.

What the Netflix series is actually supposed to do

Because as the name suggests: “Drive to Survive”. You just have to imagine what that actually means. Yes, motorsport is dangerous. We all know that. But that is not something that the inclined viewer is aware of when he watches a race. It is primarily about competition.

However, in order to reach a larger audience, the risk factor is deliberately emphasized in “Drive to Survive”. After all, what other sport can boast something like that? That is why accidents are often dramatized, including additional sound effects.

In principle, Verstappen is the only Formula 1 driver who is bothered by this way of presenting Formula 1. His Red Bull team-mate Sergio Perez says, for example: “Yes, drama is created artificially. The sport is sold a bit as drama. I can imagine that you put on a show with it. But the bottom line is that it’s good for the formula 1 and good for the fans. I’m happy with it. “

McLaren’s Lando Norris also claims to have come to terms with the series. “You can also determine a lot of things that will or will not be included in the end,” he says. “I think the series is a cool thing. Especially in America. There are so many fans there who are interested in Formula 1 because they saw ‘Drive to Survive’. And I think I can do just fine with it.” over.”

The results of the big Formula 1 survey

The complete results of the largest fan survey in the history of Formula 1 can be found at f1-global-fan-survey.motorsport.com. More Formula 1 videos

McLaren boss Zak Brown has often made positive comments about the Netflix series. Tenor: “It appeals to a younger fan base and a broader audience overall. That really made an impact in America.”

With these remarks, Brown hits the mark. It is dramatized in some places, which is likely to displease hardcore Formula 1 fans. But the truth is: These insider fans are not the target audience of “Drive to Survive”. Again: The series is not meant to be a review of the season.

Mercedes was once skeptical about the impact Netflix could have. The series was thought to be a distraction when the first season was filmed in 2018. But Toto Wolff quickly recognized how much added value it generated and that it had to be exploited.

He then said, “At first we weren’t that excited about Netflix because we wanted to focus on our performance on the racetrack. But, I was wrong about that. The series is clearly a huge success. It was around the world for a while the most popular documentary on Netflix. It’s now part of Formula 1. And you can clearly see the benefits it brings us. “

“We are a sport and we have to stay true to the values ​​of sport, without gimmicks. But: Sport is also entertainment. And the Netflix people have brought in a new perspective, a new dimension.”

Show other dimensions of Formula 1

I spoke to one of the producers of “Drive to Survive” at the beginning of the year, among other things about the influence of the series on the United States. The producer then related how he had met an American family a few years ago in a hotel in Austin. The family had become a fan of Esteban Ocon, although they had not been interested in Formula 1 before. But Ocon had taken up a lot of space in the first season because he couldn’t find a regular seat for 2019.

In Austin, Ocon himself declared that he had to thank Netflix for saving his Formula 1 career. “You got an impression of me when I didn’t have a cockpit. People could see how determined I was to drive again,” he said. “That probably helped revitalize my career. I just think it’s great that you have that access today.”

With 140,000 spectators, Austin was filled to the last place at the weekend. The atmosphere was gigantic. And one can accept that Netflix takes certain liberties with “Drive to Survive” if in the end the benefits outweigh the concerns.

And just like without Hamilton and Mercedes in the first season, “Drive to Survive” of Formula 1 will continue to attract new fans – with or without Verstappen.