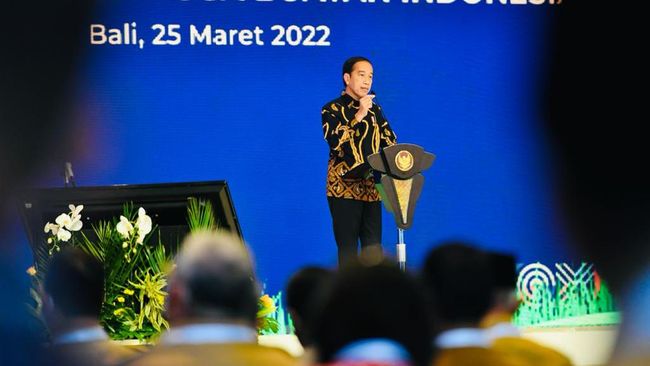 Jakarta, CNBC Indonesia – President Joko Widodo (Jokowi) revealed that world leaders are in a state of confusion in the face of escalating world change in recent times.

“Previously, the German Chancellor called, everyone was the same. Confused about solving the problems we were experiencing together,” said Jokowi in a briefing to governors, regents and mayors about the Affirmation Action Proudly Made in Indonesia

He called the current situation increasingly uncertain. The Covid-19 pandemic, technological disruption, and the war between Russia and Ukraine have made the world even more uncertain and difficult to calculate the impact. In addition, the issue of energy scarcity has also made a number of state leaders take extraordinary policies in responding to the dynamics that occur.

“Energy scarcity has increased now to US$ 118 per barrel. Twice. So that countries that do not have fuel subsidies have doubled. Imagine us (fuel prices) going up 10 percent for 3 months, this has doubled , meaning that it will increase 100%,” said Jokowi.

Not only fuel, the price of gas to food is also increasing at this time. Some of the rising food prices, namely soybeans and wheat.

In fact, the availability of containers is also scarce at this time. He also reminded that the scarcity of containers should not be taken as a trivial matter. The reason is, it makes the price of container rental to be expensive.

According to Jokowi, prices are now up five to six times compared to normal conditions.

“Ladies and gentlemen, you want to find 1,000 containers in one day, 2,000 containers are easy. Now finding one is difficult because there is disruption, the impact of which is not to be played with,” said Jokowi.