It was previously ventilated, but now the absolute top version of the Alfa Romeo Giulia, the Giulia GTA, has been presented in full detail. The inspiration came from the 1965 race model of the same name Lightweight Gran Turismoand the engine of the top model so far, the Giulia Quadrifoglio.

However, there are two important differences: the power of the 2.9-liter V6 engine has been increased from 510 to 540 horsepower, and the total weight of the car has been reduced by one glaze using a wide range of carbon fiber and composite materials. Thus, instead of 3.9, the GTA accelerates to 100 km / h in just 3.6 seconds, while the double Akrapovič exhaust in the middle roars frantically. 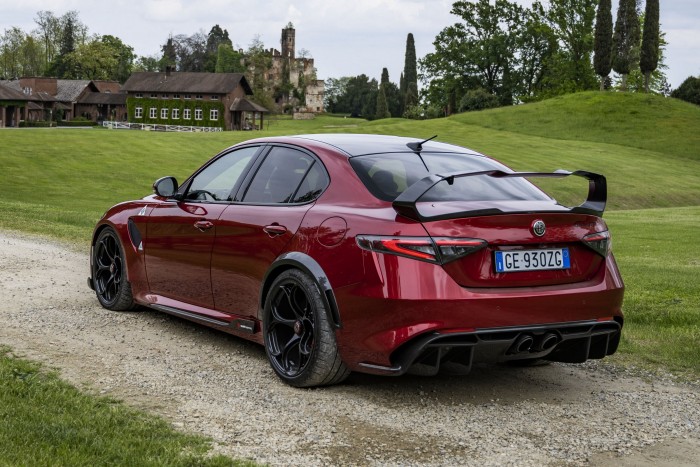 The suspension has also changed: the track is 25 mm wider at the front and 50 mm wider at the rear, the chassis geometry is unique. Developed with the involvement of Alfa Romeo’s F1 engineers and pilots, the casual use of the model is somewhat inconvenient with the single central mounting bolt on 20-inch wheels fitted with specially designed Michelin Pilot Sport Cup 2 tires, but there are few more stylish things on the road. 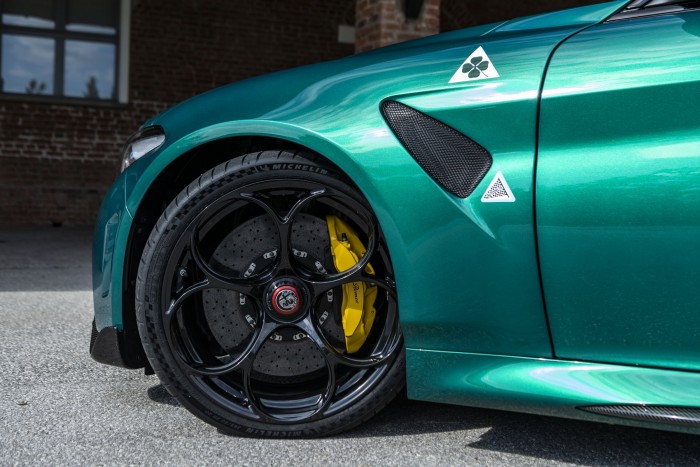 Special attention was paid to the improvement of aerodynamics and the increase of the downforce. This is exacerbated in the extreme GTAm version, where the new rear wing can be locked in 4 positions and the active front spoiler can be pulled forward 40 mm for track use. The GTAm produces twice as much clamping force as the GTA and three times as much as the Quadrifoglio version. 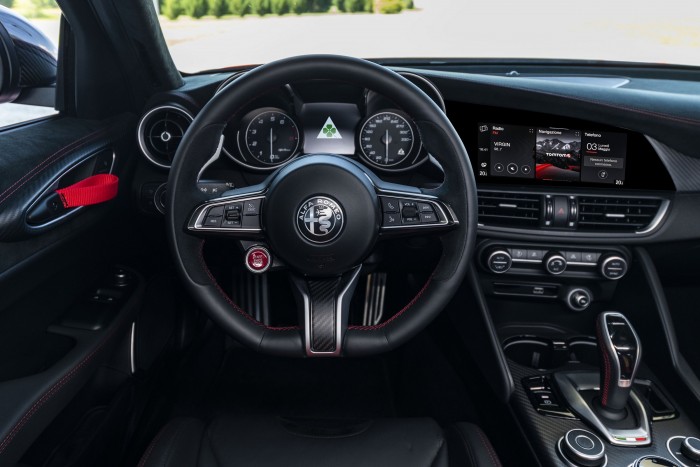 Virtually every surface of the interior is covered by Alcantara, from the instrument panel to the door panels to the roof pillars.

Although numberable, the GTAm is a real racing car: its side windows and rear windshield are made of polycarbonate sheet, the rear seats are fitted with a helmet and a shelf for fire-fighting equipment, and a solid tipping frame. In this model, the inner surface of the rear doors is uncovered, the front handles are replaced by a pull tab, and the belts are six-point Sabelt pieces. The GTAm’s standard equipment also includes a racing overall. 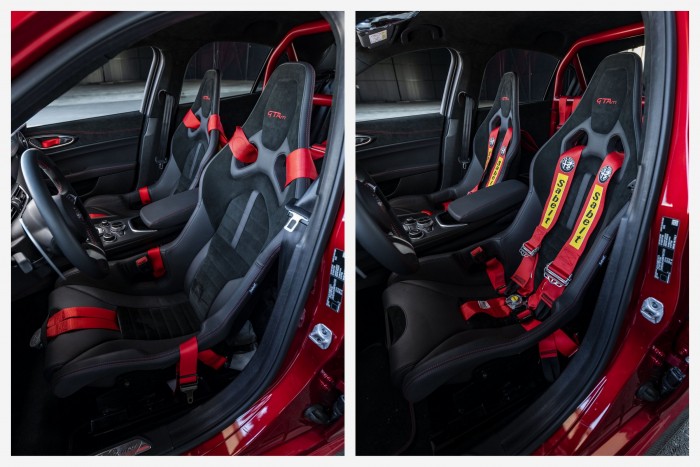 You can watch a video of the Alfa Romeo Giulia GTA and GTAm models below.