Spectators sure – THIS bet was cheated! – Tv

ORF weatherman Marcus Wadsak is causing a stir on Twitter. He says that after 25 years in the service, he was released. Are there really black clouds drawing in over the Küniglberg? If it were so, then Marcus Wadsak would be one of the first to know about it and not only communicate it to […]

681,000 viewers and with 24 percent the highest market share since 2017 Vienna (OTS) – Great public interest in the new “Universum” production “Natural Heritage Austria – The National Parks”: Part 1 of the two-part nature film by Heinz Leger about the six domestic national parks that are trying to preserve nature and wildlife for […]

Upper Austria’s LH Stelzer is the winner. In an interview with Armin Wolf, his jubilant party friends put the moderator’s nerves to the test. The ÖVP is the undefeated winner of the state elections in Upper Austria. The People’s Party achieved 37.6 percent and is almost twice as many percentage points ahead of the previous […] 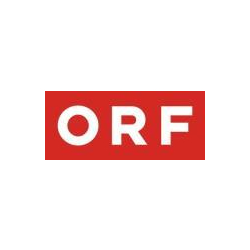 Vienna (OTS) – The ORF Radio Symphony Orchestra Vienna will give the world premiere of Vito Žuraj’s “Unveiled” (September 11th) at the Ljubljana Festival in September. An aria evening including a CD release with the soprano Hila Fahima will take place at the ORF RadioKulturhaus (22.9.). And at the International Bruckner Festival Linz you can […]

Then “WELTjournal +: Combat drinking – the British hangover culture” Vienna (OTS) – In the last episode of this year’s “WELTjournal” city portraits, UK correspondent Eva Pöcksteiner will guide you through the Scottish capital Edinburgh on Wednesday, September 1, 2021 at 10.30 p.m. on ORF 2. In “WELTjournal +” at 11:05 p.m. the documentary “Fighting […]