The 2021KPL Spring Finals ends in Shanghai, the peak match-up, Nanjing Hero Jiujing wins the championshipFly into the homes of ordinary people

Illustrated:Nanjing Hero Jiujing won the championship. Photo courtesy of the organizer (the same below)

For the first time in the 2021KPL spring competition finals, naked-eye 3D and AR technology are integrated, creating a strong sense of technology and showing super-combustion and super-shocking stage art technology. In the opening performance, the Heart of Dawn and the core of the cube created naked-eye 3D guided visual special effects, which attracted the attention of everyone on the scene.

The halftime show of the finals also had big names. The popular singer Tengger brought live versions of “Young Friends Meet” and “A Thousand Lanterns” to thousands of audiences. Tengger interprets the “A Thousand Lights Covenant” of the Kings Infinite Group with his high-pitched, vigorous and powerful voice, which brings a different and exciting feeling to people.

The most fascinating thing is naturally the peak showdown between Nanjing Hero Jiujing and Guangzhou TTG. Every game is full of highlights. In the first game, Nanjing Hero Jiujing used the “Da Qiao” system, Starmark “Lianpo” spiritually opened a group, seized Guangzhou TTG’s mistakes to expand its advantage many times, Jiuku “Yuji” output exploded, Qingrong “Ying Zheng” Strike the whole field and get the next city first. In the second game, the battle between the two sides was extremely fierce. After Nanjing Hero Jiujing got the early advantage, he was recovered by Guangzhou TTG. Bingdust “Master Luban” opened a group spiritually, cleared the online harvest of “Ma Chao” and successfully recovered the score. .

In the third round, Guangzhou TTG got a great advantage in the early stage, Nanjing Hero Jiujing played steadily, Qingrong “Xi Shi” had no solution to pull people, Jiuku “Galuo” played full output, and successfully turned back and took the lead in getting 2 points. In the fourth round, Nanjing Hero Jiujing took the advantage and pushed forward. Jiuku “Huang Zhong” was unparalleled in firepower, and the fearless “Lanling King” turned into a shadow hunter to harvest the game and took the lead in winning the match point.

In the fifth game, Guangzhou TTG won a huge advantage in the early stage, clearing the “old master” spiritually tied C, otherwise “Na Ke Lulu” bombed the audience, and the Jedi counterattacked back. In the sixth game, Guangzhou TTG. Qingqing took out the hero “Luna” and staged an endless series of days under the moon. Otherwise, “Pei captures the tiger” without a solution and successfully equalized the score, and the two sides entered the final decisive game.

In the seventh round of the peak matchup, a mirrored lineup was used. Nanjing Hero Jiujing. The violent “Gongsunli” started the first tyrant with 0 for 3 “Tianhu” to start, Qingrong “Shiranui Wu” Tianxiu harvested, “Qiaoli” system Unsolved operation, and finally successfully won the 2021KPL Spring Championship.

E-sports is a product of rapid development in recent years. Liang Yiyang, the general manager of Nanjing Hero Jiujing Club, explained the connotative elements of e-sports: “On the one hand, it is the genes of traditional sports, including the competition training system, club operations, etc. They are all similar to traditional sports. On the other hand, they are the physique of pan-entertainment, fan-oriented, entertaining and so on.” Nanjing hero Jiujing’s operation and development concept is to draw on the management experience of the parent company Chang’ao Sports on professional clubs and convene outstanding talents. Liang Yiyang summed up the 7-word motto: “Insist on science and professionalism”.

Since most professional e-sports players are introverted, hero Jiujing will also work hard on character shaping. Liang Yiyang said: “We will provide love and gratitude education, guide them to communicate with their families and fans, and record a video before the game, so that parents and players can talk to each other in their hearts, so that they can deepen their feelings in special situations. , But also to become a motivation to win the game.”

KPL also took advantage of the momentum of the 10th event to gather 12 major brand partners to jointly witness the birth of the king. KPL and its partners uphold the business principles of openness, cooperation and mutual benefit, and have verified the commercial value of mobile e-sports in the past 10 events.

The 2021 KPL spring competition finals came to a successful conclusion, the tenth KPL championship was born, but the journey of the Glory of Kings e-sports has just begun. The 2021 King of Glory World Championship is about to hit, a new era of national e-sports, and the annual test of each major team will be How wonderful is it? Summoners stay tuned! (Xinmin Evening News reporter Guan Yin)

Facebook: Prosecutors question how anti-vaccination agents are dealt with 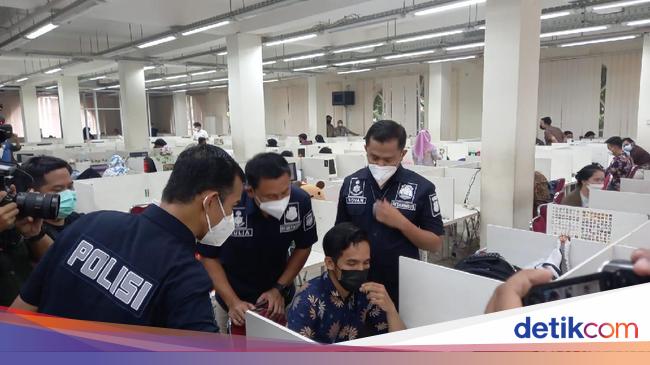