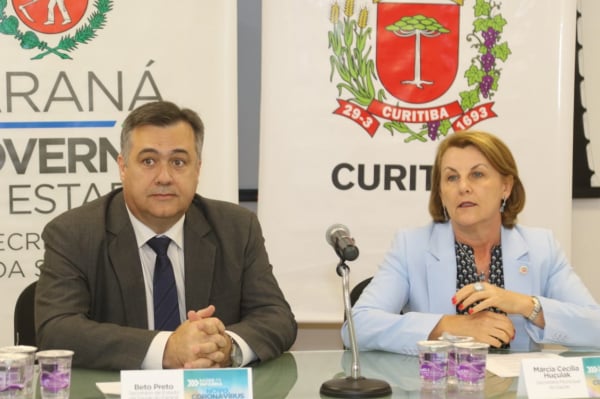 With 206,898 votes, Beto Preto reached fourth place among the most voted for the federal bench. Márcia Huçulak got 75,659 votes and was the 11th most voted.

Legislative Assembly has 46% renewal. See the list of elected state deputies in Paraná

Paraná’s bench will have 11 new federal deputies. View the list of nominees

Carlos Alberto Gebrim Preto, better known as Beto Preto is a doctor, former mayor of Apucarana and former Secretary of State for Health in Paraná. Married to Adriana, father of Cecília and Pedro.
He was considered the most voted mayor in the country for medium-sized cities. He also received important awards, with municipal programs, such as the “Itinerant Library” (finalist for the Jabuti award); the “Terra Forte” (incentive to family farming) and the “Implanting Smiles, Increasing Self-Esteem” (oral health). In the face of the Covid-19 pandemic, he defended the vaccine, and was one of the protagonists in hundreds of actions and prevention measures to combat the disease and stabilize the epidemiological scenario in the state.

“This victory is ours, it belongs to all of Paraná! I thank you who gave me your vote of confidence […] The most important work begins now: defending the interests of our population in Brasilia. To work in partnership with Governor Ratinho Júnior to guarantee the people of Paraná the best public health in Brazil”, said Beto Preto on social media.

Read also  Here comes the vaccine against wasp stings: this is how it works - Health and Wellness

Marcia graduated in nursing at the Pontifical Catholic University of PR (PUC-PR). She specialized in Public Health at the Escola Nacional de Saúde Pública at Fundação Oswaldo Cruz and received a master’s degree in Health Planning and Financing from the University of London (England). “With your help, I will be able to take important health guidelines to the Legislative Assembly and, from there, take care of the quality of life of the people of Paraná. I feel excited and very hopeful for a better and healthier Paraná”, said the elected deputy.