Home » News » Another Side of DN Aidit Revealed from Unair Book Surgery: Becoming a Muezzin in the Village 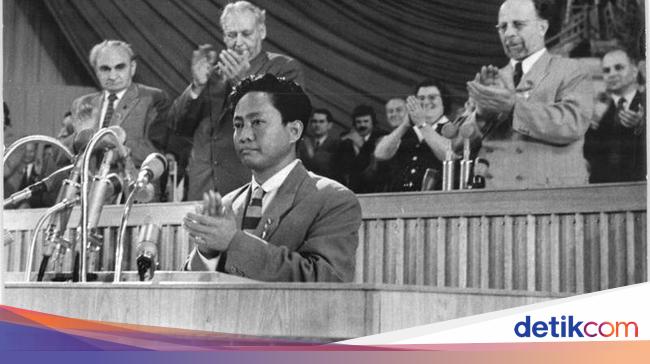 Satriono believes that DN Aidit has a religious character. The man who was born in Bangka was born in a devout Muslim family.

In addition, there is another fact that the central figure of the G30S PKI is known as a muezzin in his village.

“As a child, he was taught the Koran by his uncle, Abdurrahim until finally, he became a muezzin in his village,” said Satriono in a book review held by the Student Association of the Department of History, Faculty of Cultural Sciences, Airlangga University (23/9/2022), quoted from the Unair page. .

The author of the book Politics Dipa Nusantara said, DN Aidit influenced by many experiences in his life. These experiences then drew Aidit towards the ideology of communism until he eventually became the Chairman of the Indonesian Communist Party (PKI).

Coming from a wealthy family

Aidit came from a well-to-do family, but had a lot of contact with the workers.

“Plus, he joined the resistance movement against colonialism in the younger generation, which offered a lot of Marx’s readings like many fighters at that time,” explained Satriono.

Satriono wants people to still be able to see the contribution of DN Aidit, even though he is widely remembered for his party’s movement to carry out a coup. What Aidit did before the time of Indonesia’s independence is considered to be still contributing.

Satriono explained, DN Aidit is one who contributed to the implementation of independence through the youth movement. There was significant assistance from him when Soekarno was about to make a speech at Ikada Square on 19 September 1945 to spread the news of independence to the people.

This writer continued, the half-time period from 1945 to 1965 was the golden period of this country’s politics. That is what makes Indonesia very colorful because of the various ideologies that develop.

To the extent that the country has many parties with various bases, such as nationalism, religion, to communism. At that time, according to him politics became the commander.