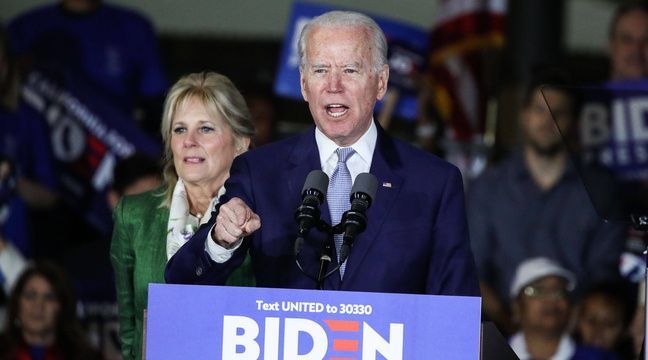 Democrat White House candidate Joe Biden said on Friday that he regretted his “unfortunate” words after causing an uproar by telling a radio host that he was “not black” if he thought about voting for his rival
Donald Trump in November. “I shouldn’t have been so flippant,” said the 77-year-old former US vice president, regretting his “annoying” remarks. “No one should have to vote for a party on the basis of their race, religion, origins,” said the former right-hand man.
Barack Obama, according to journalists who attended his call to an organization promoting the economic development of African Americans, the “National Black Chamber of Commerce”.

The scandal started from an interview given to Charlamagne tha God, a personality who co-presents a popular New York radio show, The Breakfast Club, aired on Friday. When Joe Biden said he had to end the interview, after about seventeen minutes, the host replied: “Look, you have to come and see us when you come to New York (…) We have more of questions ”to ask before the presidential election of November 3.

“1.3 million black Americans had already voted for Trump in 2016”

“Do you have more questions?” I’ll tell you, if you have a problem deciding whether you are for me or for Trump, then you are not black, “Joe Biden replied. The Donald Trump team called the exchange “disgusting” on Twitter, and the son of the Republican billionaire, Donald Trump Junior, said that Joe Biden had “a disgusting and dehumanizing racist mentality.” Tim Scott, the only black Republican senator, responded by pointing out that “1.3 million black Americans had already voted for Trump in 2016. This morning Joe Biden told all of us that we were ‘not black ”.

“I could say that I am surprised, but unfortunately that corresponds to the tendency of the democrats to think that the voices of the blacks are won in advance”, he continued. An argument that could hit home with some black voters who regret that in 2016, the Democrats and Hillary Clinton thought that their votes were just “won in advance” and therefore did not campaign enough with them, lowering their participation compared to the Obama years.

“I never, never considered that African-Americans were won in advance”

However, their mobilization will be crucial to Joe Biden to win the presidential election on November 3. “I never, never considered that African-Americans were won in advance,” he also took care to emphasize in his apologies. He insisted that he was ready at any time to compare his record on the subject with that of Donald Trump, whose remarks he recalled which had caused scandal, as when he called African states “shit country” . He also accused him of implementing policies that harm black people.

Asked about the controversy, host Charlamagne yha God said that “Blacks have invested a lot in this party [démocrate] and the return on investment has not been great. ” “You can’t ask me to be more afraid of Trump than to want something for mine,” he said in a statement to Mediaite. Known for his blunders, Joe Biden is very popular with blacks, who brought him to victory in the Democratic primary by offering him an overwhelming score in South Carolina, at the end of February, allowing him to return to the front of the race in one of the most spectacular returns in American political history.