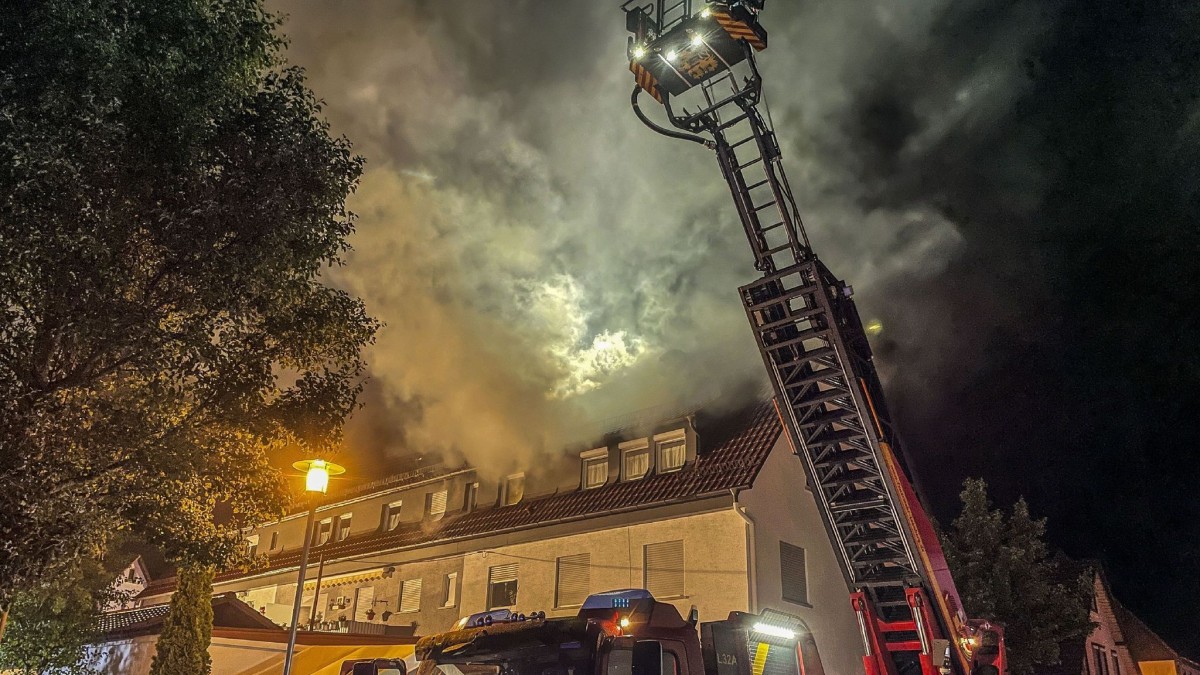 Stuttgart (dpa / lsw) – Strong thunderstorms led to several fires in the southwest on Monday night. As the police announced, lightning struck the chimney of an apartment building in Renningen (Böblingen district) on Monday night. The attic caught fire. The apartment below was uninhabitable after the fire, the residents stayed with friends. According to initial estimates, the damage was around 50,000 euros.

The roof of a family home in Friesenheim (Ortenaukreis) also caught fire after a lightning strike during the night. No one was injured, a spokeswoman said. The Firefighters put out the fire. There was damage of tens of thousands of euros, according to a spokesman. The house is still habitable. 50 forces were deployed.

In Riederich (Reutlingen district), an apartment building was also damaged by a lightning strike. According to the police, the roof of the house caught fire, but the fire brigade was able to quickly extinguish the fire. Nobody was injured, and the residents were allowed to return to their apartments after a precautionary evacuation. The police estimated the damage at several thousand euros.

A fire broke out in a kindergarten in Freiburg. Nobody got hurt. The fire brigade put out the fire. “There was significant property damage,” the statement said. During the night a thunderstorm passed over Freiburg. It was unclear whether lightning struck.

In addition, a storm during the night swept away the roof covering of an electrical wholesaler in Baden-Baden. According to initial estimates, there was damage of several hundred thousand euros, as a spokesman said. The SWR previously reported about it.