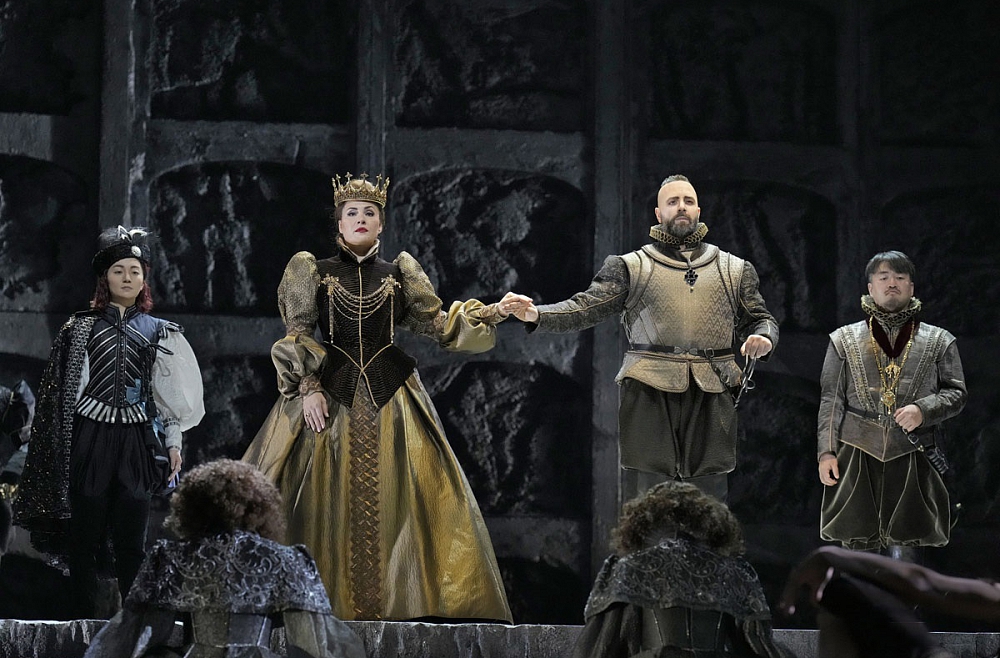 In the meantime, a conversation with the composer about this versatile work of Verdi Arturu Maskatu.

Giuseppe Verdi’s opera Don Carlos has several faces. What does it mean? Over the years, it has undergone countless changes, including additions and deletions, and the transfer of puzzle pieces from one to another. Will you be able to keep track?

The opera is originally written in French. Verdi then translated it into Italian. The first performance in Italian took place at the Covent Garden Theater in London in 1876. In the same year also in Italy. After these two performances, Verdi made corrections, and the improved opera was performed 6 years later. This was followed by the so-called “Milan version”, a four-act opera in which the first act was removed. So, in parallel with this version of the four acts, there was a French version and an Italian version in five acts.

No other Verdi opera exists in so many different authentic versions.

The first act takes place in France, where a peace agreement is being negotiated with Spain. The treaty provides for the marriage of Spanish Prince Don Carlos to Princess Elizabeth. Carlos has already managed to come to France and fall in love with Elizabeth from a distance. The two meet for the first time in the Fontainebleau forest and Elizabeth is also very attracted to the prince. When she realizes who he is, they both look forward to their common future. But then comes the news that the plans have changed: Elizabeth must marry Carlos’ father, King Philip, who has become a widow. Although she is ruined, Elizabeth agrees to marry for her country.

The second act takes place in Spain, where Carlos, excited about Elizabeth’s marriage to his father, arrives at the convent to pray. Carlos is addressed by his friend Rodrigo, who has just returned from Flanders. When Carlos reveals his heartache to a friend, Rodrigo urges Carlos to focus on a noble goal: to save the Flemish people, who are suffering from the oppression of Spain. But soon Carlos collapses as he sees Elizabeth and Philip come to pray.

In the next scene, the ladies of the court gather in the garden, where they are delighted by Princess Eboli with a song. Meanwhile, Rodrigo arranges a private meeting for Elizabeth and Don Carlos. Carlos first asks Elizabeth to help him get permission from his father so that he can go to Flanders. However, he cannot suppress his feelings and admits that he is still in love with Elizabeth. Despite her feelings for Carlos, Elizabeth refuses to disappoint and despise the king, and Carlos runs away in despair.

When the people leave the garden, King Philip orders Rodrigo to stay in the conversation. He asks why the Marquis, who bravely served the state, never demanded compensation for his work. Rodrigo takes this opportunity to ask the king to pardon the Flemish people. The king refuses, but is strongly influenced by Rodrigo’s integrity. Philip also unexpectedly trusts him and expresses his suspicions about the mutual feelings of Carlos and Elizabeth. He asks Rodrigo to observe and look after both lovers.

The first takes place in the Royal Garden at midnight. Carlos has received a note inviting him to a meeting. He is sure the note comes from Elizabeth, but it was actually written by Princess Eboli. She arrives in the dark garden with a veil over her face, and Carlos enthusiastically expresses his love … until he realizes his mistake. Eboli quickly concludes that he is in love with Elizabeth and threatens to destroy Carlos. When Rodrigo hears this, he rushes to defend his friend. When Eboli leaves, Rodrigo, worried about the prince, asks him to hand over any documents that could accuse him of the Flanders revolution.

In the next scene, a huge crowd gathers for public condemnation, the burning of heretics of the Spanish Inquisition. In the middle of it all, Carlos meets a delegation of Flemish deputies asking the king to pardon their people. When Philip refuses to do so, Carlos asks for permission to rule Flanders himself. Philip also rejects this proposal. Angry at Carlos, he pulls out his sword to attack his father, but all of a sudden, Rodrigo, his beloved and close friend, rushes to Carlos and disarms him. Carlos is arrested and King Rodrigo is appointed duke. The king orders the condemnation to continue, and at the end of the act we hear the voice of heaven greeting the sacrifices in heaven.

The fourth act begins with King Philip alone in his office after a sleepless night. His heart aches because his wife does not love him, and he is driven by the embarrassment of his son’s betrayal. He summons the ancient, blind grand inquisitor. Philip asks him if it would be a deadly sin if his son were killed. The great Inquisitor promises him forgiveness of sins. But when the inquisitor asks him to hand over the heretical Rodrigo, the king refuses to do so. After the inquisitor leaves, Elizabeth enters the study and says that her purse has been stolen. Philip discovers that the wallet is standing next to him. He pulls out a portrait of Carlos and accuses the queen of adultery. She faints, Eboli and Rodrigo rush to Elizabeth’s help. Eboli is now overwhelmed by remorse, and when she is left alone with the queen, she admits that she has given the bag of jewels to the king out of jealousy – and, worse, has been the king’s favorite. Elizabeth sends him to the monastery, but Eboli promises to save Carlos.

In the next scene, Rodrigo arrives at the prison near Carlos. He tells him that he has taken the blame for the Flemish uprising, sacrificing himself so that the prince can live on and one day save Flanders. Suddenly the killer shoots Rodrigo. When Philip arrives to free his son, Carlos accuses him of murdering his friend. Meanwhile, Eboli has amassed an effort to break into prison and demand the prince’s release. Philip’s life is now in danger. The Grand Inquisitor arrives to intimidate everyone.

In closing, the action takes place in the monastery, near the grave of Carlos’ grandfather, emperor. Elizabeth has come to see Carlos and say goodbye to him before he goes to Flanders. Philip and the Inquisitor catch both together, and their guards attack Carlos. But suddenly the mysterious monk emerges from the shadows, once again declaring that peace can only be found in death. Philip and the Inquisitor recognize him as the deceased emperor, and at the end of the opera they are overwhelmed with horror.

Latvijas Radio invites to express its opinion on what is heard in the program and supports the discussion among the listeners, however, reserves the right to delete comments that violate the boundaries of dignified attitude and ethical conduct.