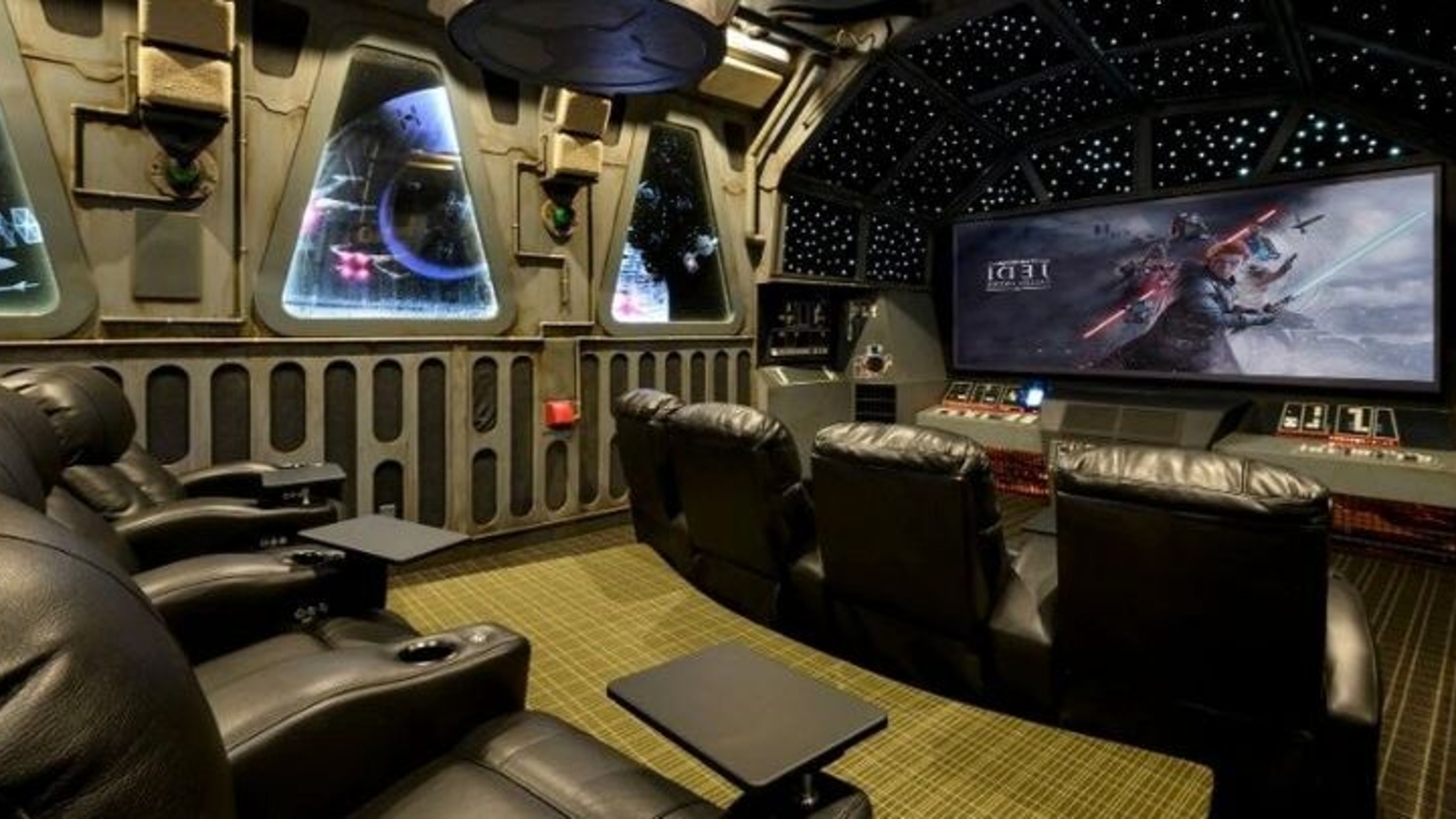 It’s a Star Wars fan’s paradise. A man from Florida had his entire house decorated and furnished like the world from the sci-fi saga.

The cinema even has a life-size Chewbacca, which the owners had made as an exact replica of the original,” says real estate agent Chris Christensen. The villa has seven bedrooms and nine bathrooms, as well as a bar, which is inspired by the bar from the planet Mos Eisley in Star Wars In addition, a cinema was set up that closely resembles the interior of the Millennium Falcon.

But even in addition to the Star Wars madness, there is a lot hidden in the villa. The garage offers space for seven cars, the pool is also included.