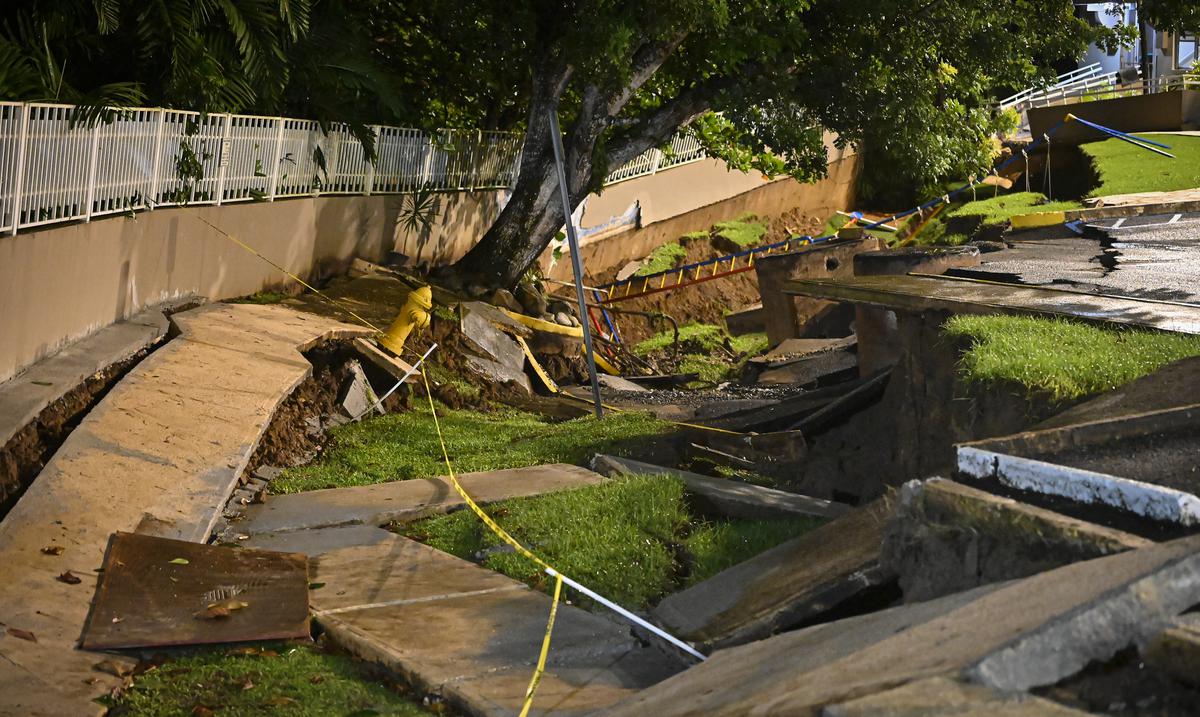 Although this type of landslide or subsidence could be possible with the significant accumulations that Tropical Storm Fiona will leave over Puerto Rico, the cause of the sinkhole that occurred last night in the Villas de Parkville 2 residence complex in Guaynabo was not the cyclone precipitation.

On the contrary, the meteorologist Glorianne Rivera Santiagowho works in the National Weather Service (SNM) in San Juan, confirmed to The new day that by the time they received the report of said situation, there had been no significant rains hours before in the area where the incident occurred.

“I spoke with the Guaynabo emergency manager and that was technically an aqueduct line that broke and there was a ravine next to it. I mean, that was the perfect combination for the retaining wall to collapse.”he said by phone.

“(The collapse of the ground) has nothing to do with time (caused by Fiona),” he added.

Officials from the Bureau of the Fire Department in the Guaynabo area evicted last night at least 12 families residing in the area, due to damage to nearby structures.

Photos published on the Twitter portal of the Fire Department show a wide and deep ditch at the back of an apartment complex located on Lopategui Avenue.

The Bureau indicated that Unit 90 of Guaynabo went to the scene to facilitate the eviction, as a precaution, of the 12 families. Authorities did not report any injuries as a result of the incident.

Initially, the authorities associated the incident with the rains of Tropical Storm Fiona, so the emergency was reported as a result of those effects. However, the information was corroborated this morning by the SNM.

In any case, Rivera Santiago urged the population to be vigilant and take precautions in areas prone to flooding or landslides, because they will be possible today, as the frequency of downpours increases.

The National Hurricane Center (NHC, in English) informed in its most recent bulletin that it expects Fiona to intensify this afternoon as a category 1 hurricane and pass near or over Puerto Rico tonight with winds of 75 miles per hour.