O’Leary: Arbuckle an intriguing QB on the move

Home » Sports » O’Leary: Arbuckle an intriguing QB on the move 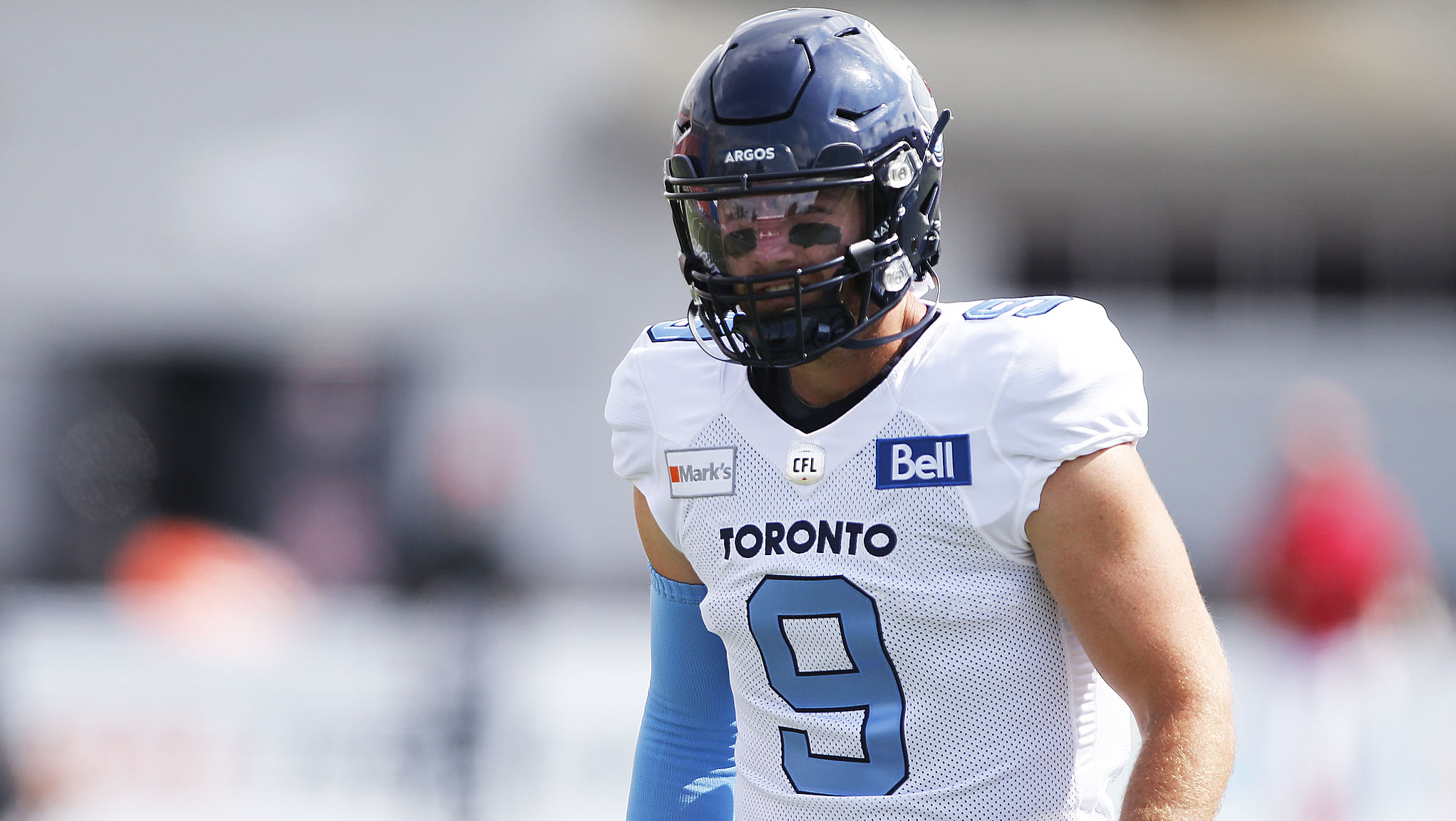 For a myriad of reasons it feels like a lifetime ago that we saw the billboard.

The Ottawa REDBLACKS had just traded for and signed Nick Arbuckle, the promising backup out of Calgary that filled in very well for an injured Bo Levi Mitchell in the 2019 season. Arbuckle was the most in-demand player of the pending free agent class of 2020 and the REDBLACKS, in the same way they’d deftly added Henry Burris to their roster for the 2014 season, got the jump on everyone, trading for his rights then signing him to a two-year deal.

The REDBLACKS rightfully went into celebration mode. After a three-win season that had exposed the need for a starting quarterback, they’d landed a young one that should he prove himself, could be the face of the franchise for years to come.

A photoshopped picture of Arbuckle in his REDBLACKS uniform went up on the big screen outside of TD Place, the words ‘DONE DEAL’ lighting up the dark winter sky.

Then came the pandemic, a cancelled CFL season and a couple of teams looking to restructure their QBs contracts, creating a ripple of change.

A year and a day after he’d signed, Arbuckle was released by Ottawa, with Matt Nichols going through a similar situation in Toronto, jumping ship with the Argos and signing in the nation’s capital. Arbuckle made the logical move west on Highway 401 and got ready to lead a talented and interesting Argos roster.

Arbuckle leaves Toronto as a young and intriguing quarterback, and the only one in the league so far to have gotten the best of Winnipeg’s defence (Peter Power/CFL.ca)

At the start of Week 13 of the season Arbuckle’s on the move again, headed further west to Edmonton in a pre-deadline trade. He leaves Toronto a day after the REDBLACKS let GM Marcel Desjardins go. It’s a coincidence that forces you to think about how different things might have been for the two of them under different circumstances.

In a non-pandemic world, what might the 2020 REDBLACKS have looked like? Could Arbuckle have been the answer they were seeking under centre? Would we have seen a potent offence that featured Brad Sinopoli, who opted to retire ahead of the 2021 campaign? If it were Arbuckle in Matt Nichols‘ cleats in Ottawa this season, would that have helped the team better out of the gate? Ottawa opened the season with a dependable defence and a special teams unit featured an elite kicking/punting tandem and a star in the making in DeVonte Dedmon on returns.

Even if the wins didn’t come this year, if fans see something to build on, they stay committed. We saw this in Edmonton in Michael Reilly‘s first year with the team in 2013. Reilly was a beam of hope through a four-win season. It was an unpleasant present, but the future was bright. They were Grey Cup champions in 2015. It was similar in Ottawa through the team’s expansion year in 2014. Burris showed he could play, Desjardins made some key signings that winter and the 2015 squad started a run of success that took them to three Grey Cup appearances in four years and a championship win in 2016.

A combination of injuries and the team’s rise under the play of McLeod Bethel-Thompson likely made Arbuckle expendable in Toronto. He leaves a Grey Cup-contending team to join an Elks squad that’s gone through an incredibly frustrating season and is inching closer to being mathematically eliminated from the playoffs. Still, there’s opportunity there for him. He lands on a roster that on paper has the tools to succeed. If he can get on the field, say next week and consistently give the offence some life, that beam of hope could start to shine in Edmonton.

Despite the growing collection of jerseys in his closet, Arbuckle remains one of the most intriguing quarterback prospects in the league. He’s the only quarterback to get the best of Winnipeg’s defence this season, playing a key role in handing the team its only loss on the schedule to date. He’s just 28 and seems to have a strong grasp of the CFL game. Like any QB in the league, some assurances of being The Guy and a season uninterrupted by injury would go a long way to letting him take that next step in his career. Elks GM Brock Sunderland will hope that those steps are in Edmonton.

Arbuckle’s been in this situation before, traded on an expiring deal, with his new team likely eager to hand him a contract to put his name to. How he plays his pending free agency this time and ultimately what he chooses to do will be very interesting.

A LOOK AT GM CANDIDATES

With Desjardins’ departure on Monday, the REDBLACKS will finish out their season and hope to have a new GM in place as early as December, Postmedia’s Tim Baines reports. Here’s a quick look at a few possible candidates.

The REDBLACKS’ assistant GM and director of player personnel, respectively, Snyder and Edme have been with the team for a long time, with Snyder joining the team in 2013 and Edme arriving in 2016. Snyder is working as the team’s interim GM, while Edme will be interim assistant GM. The remaining weeks of the season and evaluation process could be beneficial to them as they help OSEG evaluate the franchise and its direction.

If he’s interested, Jones might slide the most impressive resume of any candidate across the OSEG table in this process. He had his first personnel role with the Stampeders in 2010, was an assistant GM with the Argos in 2012 and 2013, then became a GM with the Roughriders in 2016, after leading Edmonton to a Grey Cup as a head coach in 2015. Currently the Argos’ defensive consultant, Jones should have his name in every coaching and management opening that may pop up this off-season.

Hervey offers similar credentials to Jones, just without the coaching experience. Hervey turned his scouting gig in Edmonton into the GM job in 2013, hired Jones as his head coach in Edmonton, then saw the roster he built win it all in 2015. He spent three years in BC, before leaving the post just over a year ago.

Taking a similar path as Hervey, Simon retired as a receiver and went into scouting for the team he starred on as a player. Six years into his stay in the Lions’ front office, Simon is now the team’s director of Global scouting and the team’s regional scout. Simon knows the league inside and out and through a lengthy stay with the team has worked around Wally Buono, Hervey and now the GM tandem of Rick Campbell and Neil McEvoy.

Currently occupied but worth thinking about

Speaking of GM tandems, Hamilton’s duo of Shawn Burke and Drew Allemang should get some consideration, having built a successful Ticats team that played for a Grey Cup in 2019. If nothing else, it might provide a competitive advantage for other teams to think about splitting up the pair of GMs. While still in their first season as co-GMs, Campbell and McEvoy could each be worth some consideration, too, especially given Campbell’s history with the REDBLACKS.

John Murphy has done exceptional work in Toronto as the Argos’ VP of player personnel. Before that, he’s spent seven years with the Stampeders organization before joining Chris Jones in Saskatchewan as the assistant VP of football ops and player personnel.