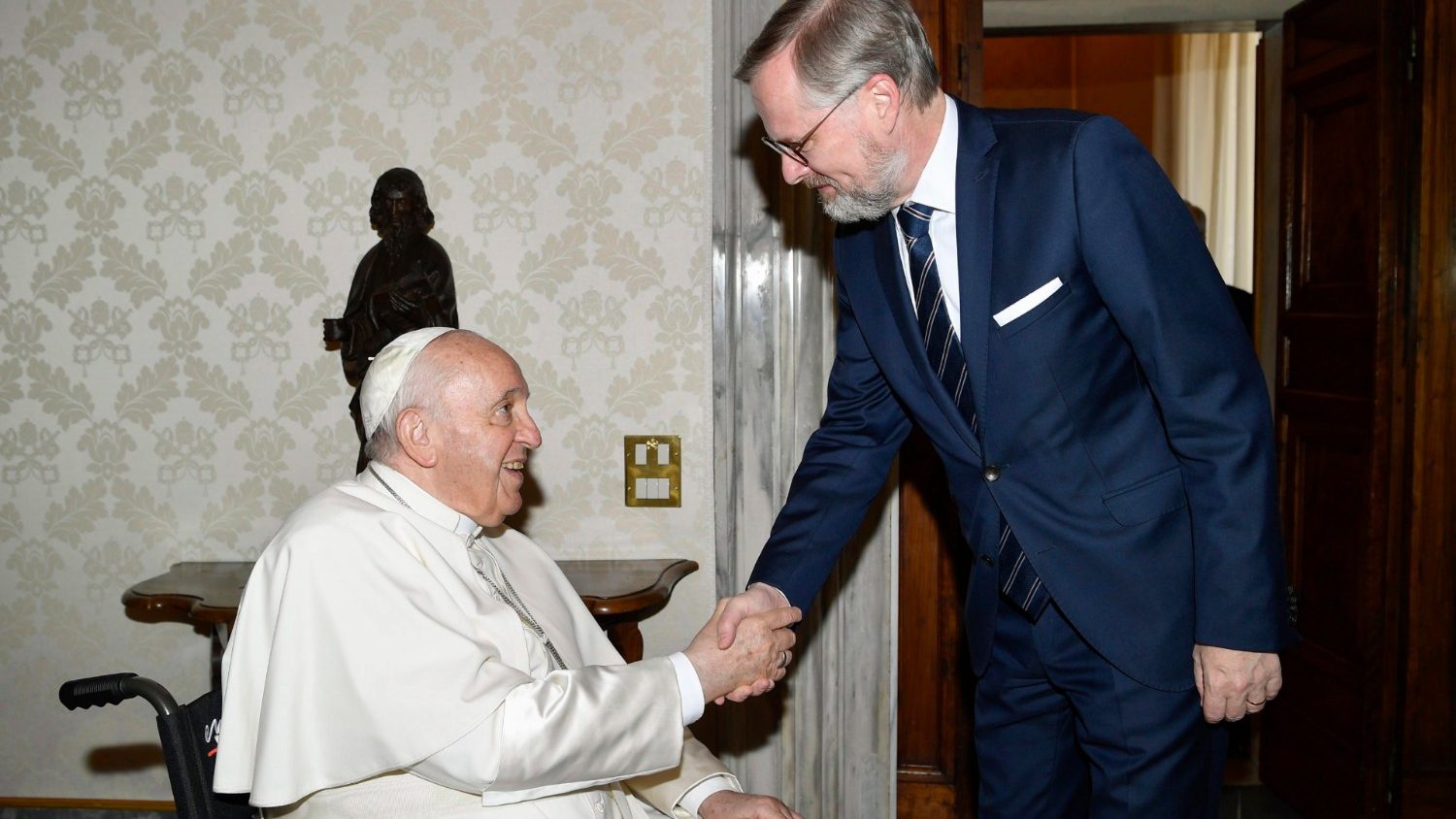 On the morning of June 9, Pope Francis received the Prime Minister of the Czech Republic, Mr. Peter Fiala, at the Vatican.

During the meetings held at the Vatican Secretariat of State, the two sides discussed the enhanced bilateral relationship between the Holy See and the Czech Republic and the important role of the Church in society. The two leaders wished for better relations and cooperation between the two countries.

During the meetings, the ongoing war in Ukraine, its impact on local and international levels, the current humanitarian situation and the need to focus on accepting refugees were discussed.