“Roy Barreras cannot tell me which place I should occupy”: Francia Márquez 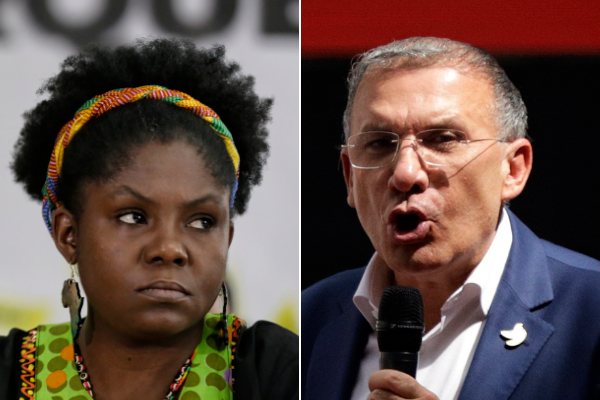 The fight in the Historical Pact remains latent. After Francia Márquez’s public criticism of Gustavo Petro for preferring Daniel Quintero’s political quotas over his Afro-Senate candidates, now the presidential candidate has quarreled with Roy Barreras.

Through Twitter, the social leader and candidate endorsed by the Democratic Pole and AICO launched strong words to the Senator expelled from the U Party, after he assured that she was offered the head of the list of the Senate of the Historical Pact, but she did not accept it.

Faced with this statement by Barreras – who is a candidate for the Senate for that left-wing coalition -, Márquez He assured that he cannot tell him which position he should occupy, an unease that adds to the one that he expressed to Petro for relegating the Afro candidates to positions 27 and 30 on the closed list.

“I entered the Historical Pact to compete in the consultation and win the presidency of Colombia. I do not accept that Roy Barreras tells me what is the place I should occupy. We are here to assume the mandate of the people, of the majorities ”, stated the social leader.

In that line, Márquez launched a taunt at the senator that he gave up his presidential aspiration to continue in the Senate, and assured him that he “decided to get out of the consultation for his reasons and we (his Afro collective) collectively decided to stay”.

This fight has continued in the last week and Márquez assured last Monday that he is still not clear if he will continue in the Historical Pact, because in his movement I am Because We are, the lack of prominence of his candidates for the Senate generated discomfort, which finally they gave up their aspiration.

The social leader assured that in the coming days will make a joint decision with his team on his continuity in the Petro coalition, but the truth is that his departure from that community could mean the end of his presidential aspiration, since he gave up collecting signatures.