Surprise: announcement that he is leaving Manchester United

Home » Sports » Surprise: announcement that he is leaving Manchester United 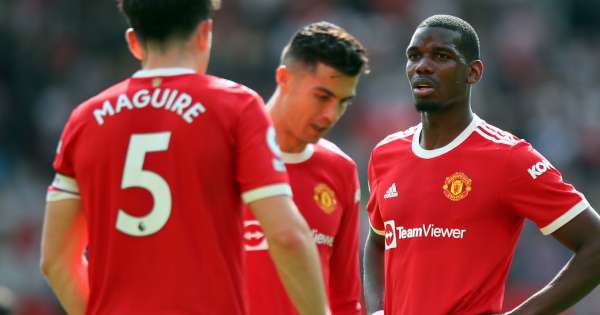 surprise in the Manchester United with the announcement of his indeclinable and immediate resignation: Ralf Rangnick communicated that he will stop working at Manchester United right now and not continue as an advisor, as planned. “Ralf says no to United’s proposal to become the team’s sports consultant” say the media in the first reactions.

Ranknickwho was the coach in the second half of this recently ended 2021-22 campaign replacing Norwegian Ole Gunnar Solskjaerwas going to take over from the sports consultant to help Erik ten Hag, who will be the DT from now on, but it will not be like that.

See more: The story of Maradona’s shirt that Messi used to honor him

United made an official statement: “We would like to thank Rangnick for his efforts as caretaker manager over the last six months. By mutual agreement, Ralf will not take over as a consultant to focus solely on his new role as coach of the Austrian National Team. We want to wish him the best of luck in this new chapter of his career.”

Precisely that chance to be coach of Austria is one of the main reasons to say no to his job at United. In principle he had promised that he would “give 3 days a month to advise Ten Hag” but apparently it is something that was not going to work at all. He will now make his debut for the Austrian national team in the upcoming UEFA Nations League matches.