Very close to engaging in Strasbourg last week, Daniel Congré will finally continue his career in Ligue 2. Free since July 1 and the end of his contract in Montpellier, the 36-year-old central defender signed on Monday in Dijon , relegated to Ligue 2. He signed for two years, plus an optional one. The DFCO […]

Nîmes misses the boat, Charbonnier shines in Auxerre Fourth and fifth respectively before this 7th day of Ligue 2, Nîmes and Auxerre had the opportunity to return to the podium and put a little more pressure on Toulouse while waiting for their match against Le Havre on Monday. The Crocs, still unbeaten in the Championship, […]

Daniel Stendel, the German coach of Nancy, led his last match on Friday … He knew he was threatened. The poor performance of his team (1-1), held in check at home by Amiens who played more than 45 minutes to 9, sealed his fate. After 10 days of the Championship, the Lorraine club has still […]

Bastia offers itself the Corsican derby in Ligue 2 against Ajaccio

Successful bet for the leaders of Sporting. In the middle of the week, the latter had decided to separate from Mathieu Chabert, the man who had brought the club back to the professional world this summer, in the hope of creating an electric shock before the reception of the neighbor and rival of Ajaccio, this […]

Ligue 2: Caen and Nîmes are back, Rodez puts on a show, Grenoble is finally starting

Unlike last weekend (9 goals), this multiplex of the 5th day of Ligue 2 ended with 15 goals in 7 games. Caen and Nîmes return to the top of the ranking After stopping against Pau (0-0) and Sochaux (1-2), Nîmes and Caen resumed their march forward to get closer to the head this Saturday evening. […]

At what time and on which channel to follow Saint-Étienne – Nice?

Wednesday in Ligue 1, ASSE faced Monaco, and the match ended 3-1 in favor of the Principality club, with a brace from Ben Yedder. For its part, Nice faced Lorient in a match that ended 1-0 for the Lorient. On the occasion of the 8th day of Ligue 1, Nice and ASSE meet this Saturday […] 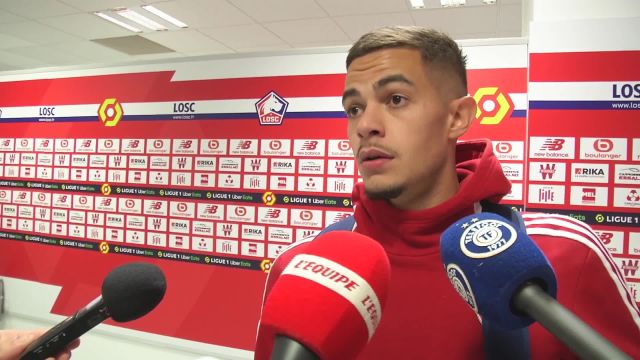 Of course, Brest has still not won and, after eleven days, having only six points is clearly akin to a catastrophic record (18th place, with one game more than Metz, 19th). But, under these conditions, not to bow to the champion of France, certainly not very shining, is necessarily encouraging. A fortiori when the statistics […]

Valère Germain (Montpellier): “I have no bitterness”

“Tap” – socks on the feet, Valère Germain arrived relaxed in the press room of Montpellier Hérault Tuesday, for twenty minutes of interview shows in hand before a video session with his teammates. After months of hardship at OM, the 31-year-old striker finds responsibility and pleasure at MHSC, with which he signed free on the […]

Bastia won on the lawn of Quevilly-Rouen, this Wednesday evening, in a late match of the second day of Ligue 2 (2-1). Initially scheduled for July 31, the meeting between promoted had to be postponed due to a large number of cases of Covid within the Corsican workforce. Dominators from the start, the Bastiais validated […]