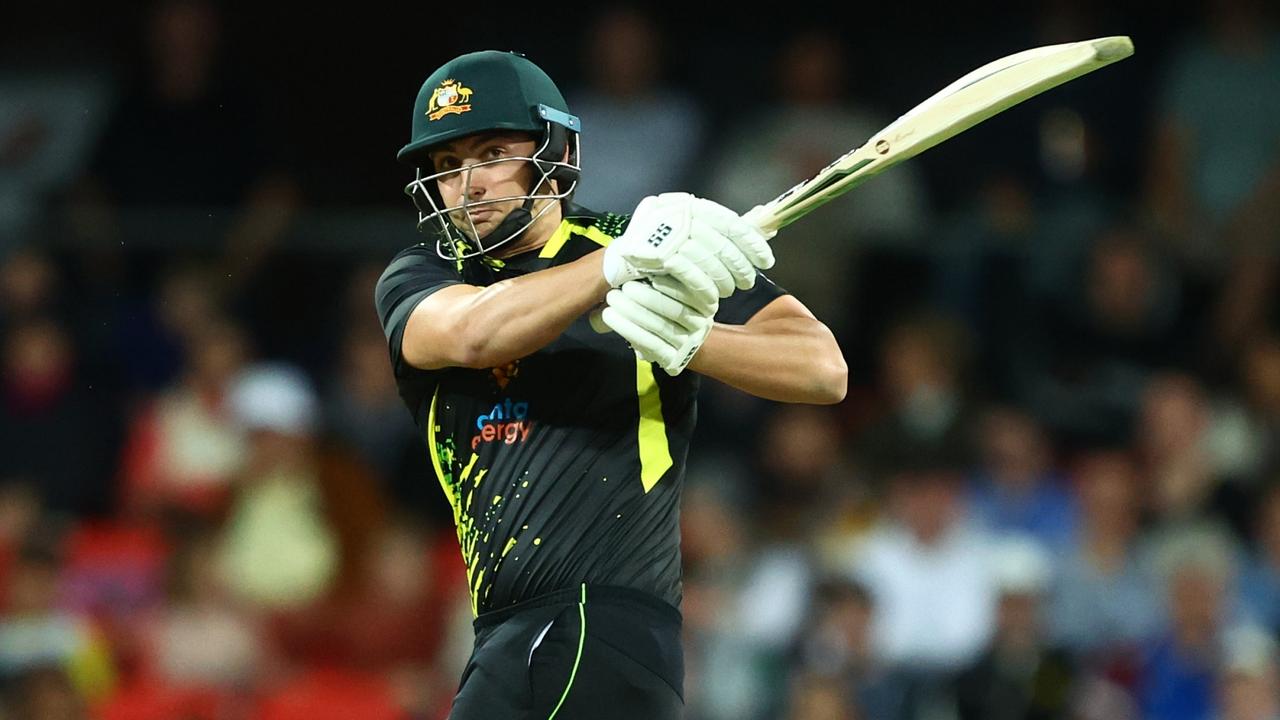 In four balls Tim David “booked his World Cup ticket” as he took 20 runs off Obed McCoy’s opening four deliveries in the 17th over. Of course David’s World Cup ticket was already booked, but a place in an Australian XI that less than 12 months won their maiden tournament was less assured. By whacking […]

Cleary hits back at arrogant claims Panthers superstar Nathan Cleary says criticism of his teammates has been “unfair” and claims the two-time champions have become an easy target for people who want to drag them down. The Panthers have been in the headlines all week following comments from some of their players in the wake of Sunday’s grand final win over […] Port Adelaide champion Kane Cornes has called out Melbourne list boss Tim Lamb’s vigorous claims that Kysaiah Pickett seeking a trade is “ludicrous.” Despite being contracted for next season, Pickett’s name has been floated in trade talks in a move back to South Australia to join the Power. Port footy boss Chris Davies downplayed the […] 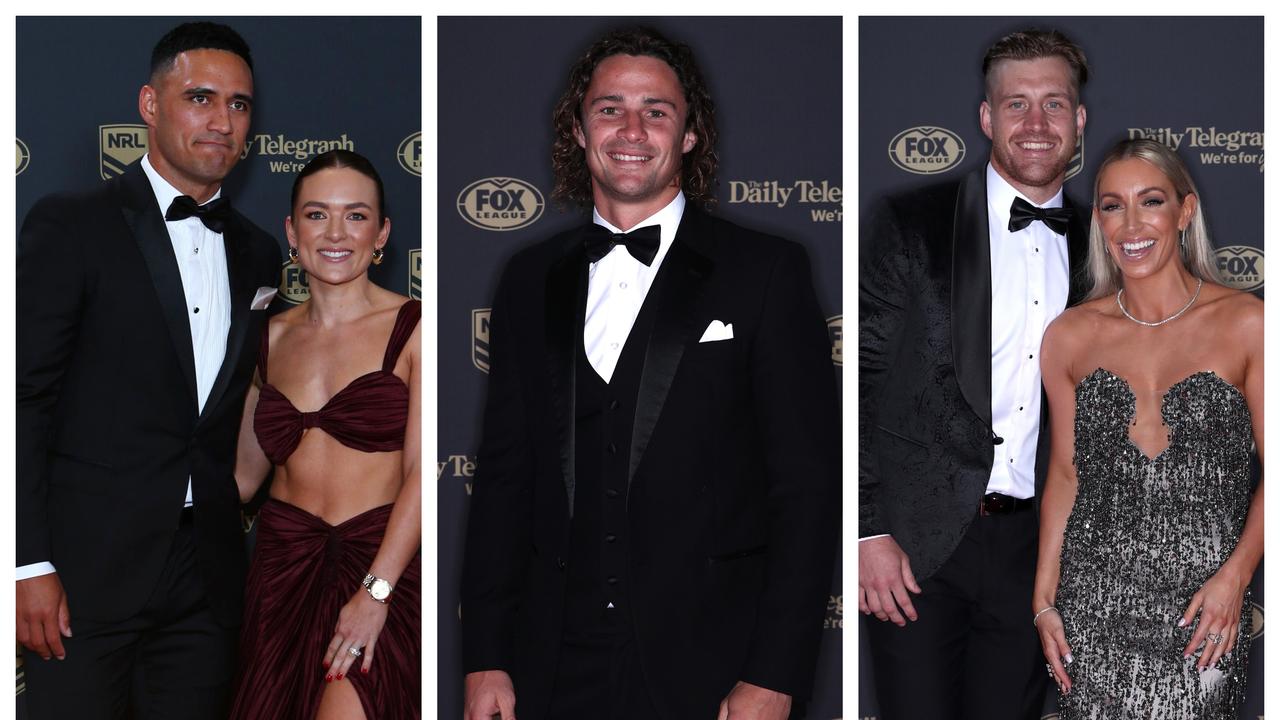 The NRL and NRLW’s brightest stars turned heads on the red carpet at Randwick Racecourse for the 2022 Dally M Awards. The Cowboys were the first group to arrive with Valentine Holmes, Jason Taumalolo and Chad Townsend among a strong group in attendance. They were followed by players from the Sharks with skipper Wade Graham […] AFL 360 host Gerard Whateley has shared a touching story about a late 13-year-old Geelong fan, and his relationship with the club and Joel Selwood in particular. Whateley bumped into Robin, Ethan’s mum, while at his local supermarket on Sunday morning, the day after the Cats’ premiership triumph. “At the register was a woman in […] The Australian Prime Minister’s XIII flexed their muscles in a 64-14 win over a valiant Papua New Guinea side at Suncorp Stadium. Mal Meninga’s side scored six tries within 30 minutes to begin proceedings, starting with Nat Butcher’s lunging effort from a Daly Cherry-Evans pass. Only minutes later, Bulldogs winger Josh Addo-Carr crossed from a […] Rohit Sharma’s unbeaten 20-ball 46 helped India seal a six-wicket victory over visitors Australia in the second T20, which was cut to eight overs a-side on Friday. Home skipper Sharma won the toss and chose to field first in Nagpur and was helped by key cameos by Dinesh Karthik, unbeaten two-ball 10, and Virat Kohli […] Within the space of just 30 deliveries on Tuesday night, Cameron Green put the same question on everyone’s lips. Why isn’t he in Australia’s T20 World Cup squad? Granted that one innings doesn’t make a T20 star, but there can be no denying that the 23-year-old would have a formidable case to be in the […] 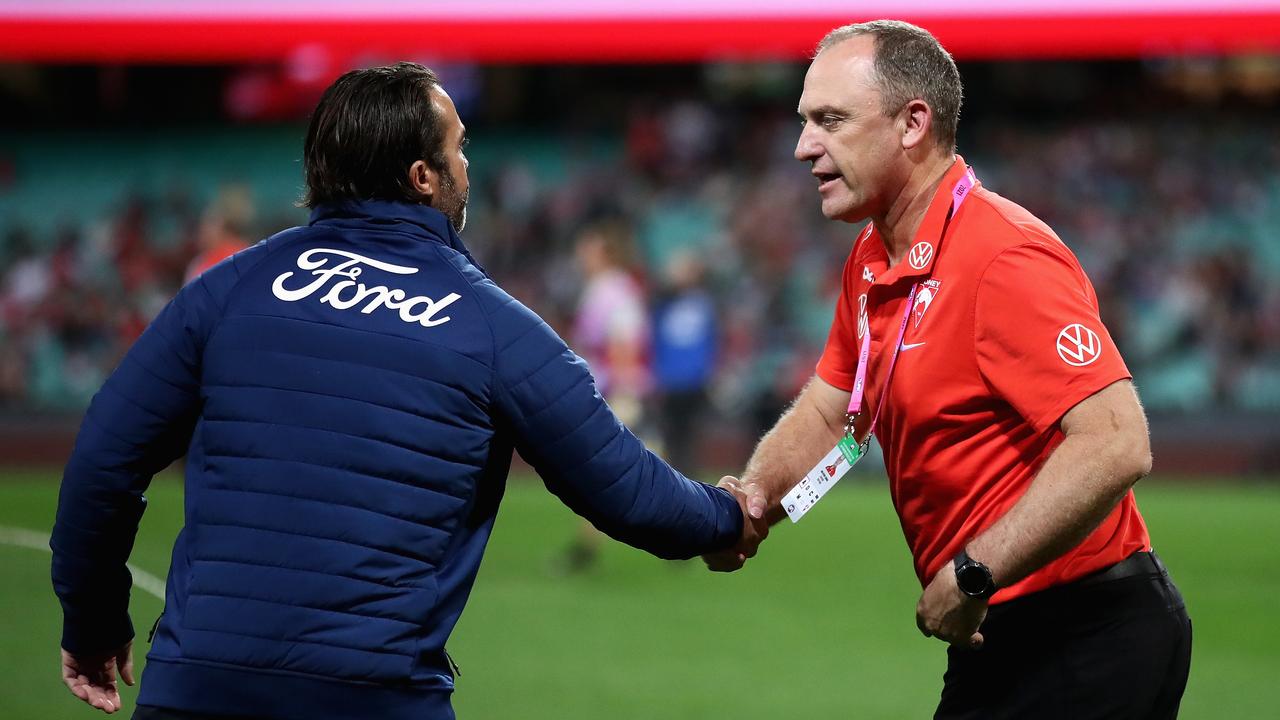 What really makes Chris Scott and John Longmire tick? STEVE JOHNSON provides an insider’s view ahead of the grand final. The perception was Chris Scott didn’t need to do much in 2011. But if you know what the first-year coach actually said and implemented, you know he deserves a huge amount of credit for that […]