Home » Business » The concept has become a reality: the first BMW XM debuts – a power and luxury SUV – AINA 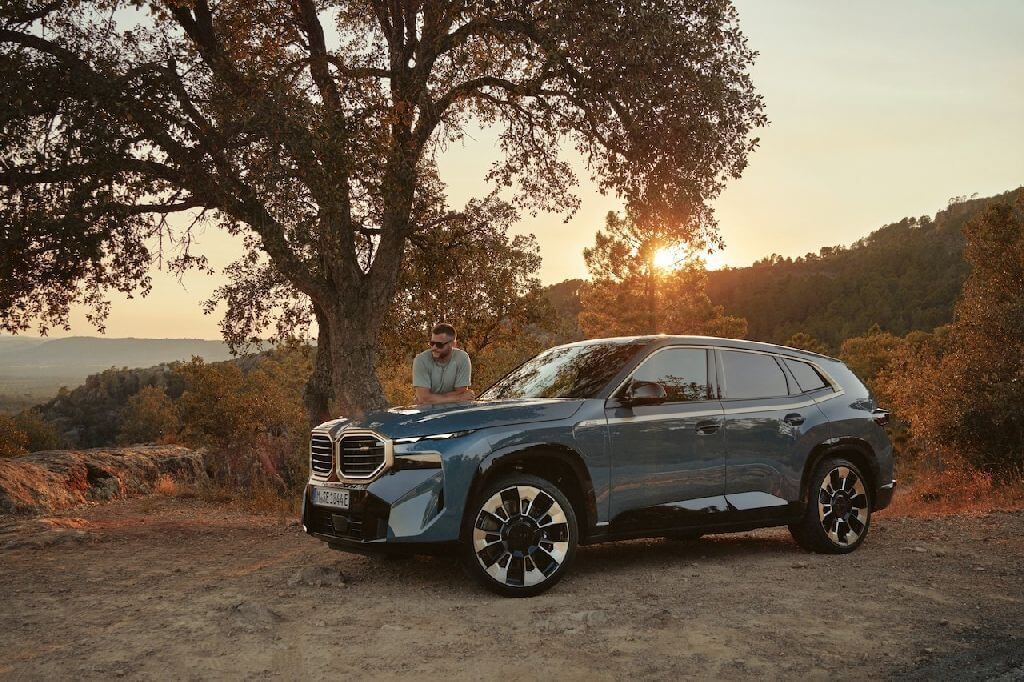 Having introduced the concept SUV BMW XM last year, this year the German car concern turned it into reality. Extravagant and luxurious in appearance, the XM became the first model in the BWM M series with an electrified (hybrid) drive.

“This is one of the most unique BMW M news of recent years. In the new SUV, BMW engineers have combined sporty driving capabilities with comfort and luxury. At the same time, this is the first M model to be fitted with a specially designed M Hybrid chassis – the wheels of the car will be driven by gasoline and electric engines with a battery that can be charged from the network,” said Martynas Daujotas, head of the BMW brand in Lithuania.

First, the concern will release the “XM” version, the total power generated by the engines will reach 480 kW/653 hp (the power of the gasoline engine separately will reach 360 kW/489 hp, and the electric one will reach 145 kW/197 hp), and the torque will reach 800 Nm. This model features a newly developed high-revving 4.4-liter V8 engine with state-of-the-art M TwinPower Turbo technology.

The engines will transmit power to the wheels through an eight-speed M Steptronic gearbox. With such a power plant “BMW XM” from 0 to 100 km/h. will accelerate in 4.3 seconds.

Read also  The heat pump is on the rise, partly due to the use of air conditioning in winter

Both versions of the XM will be four-wheel drive, with the M xDrive system installed here also featuring 4WD Sport and 4WD Sand modes. The latter balances handling when driving on sand or similar difficult surfaces.

By the way, it is interesting to note that the XM model will use BMW IconicSounds Electric, which BMW created in collaboration with famous film composer Hans Zimmer. Special sounds will help enhance the feeling of dynamic driving when driving in electric mode.

The design combines power with luxury

From the outside, the most eye-catching feature is the front of the car, which has inherited elements from the latest BMW luxury models. The XM, for example, has a massive front end with a large engine grille that’s outlined in gold and has a glow-in-the-dark grille surround. The headlights also have a new design, they are divided into two parts: narrow daytime running lights at the top near the bonnet, and low and high beam lights in the bumper.

Read also  Fraud and lawsuits are worse than cyclones for insurance

As befits M models, engineers focused on active driving in the cabin. As standard, the XM model will have multifunction M seats with additional knee supports, a leather steering wheel adapted to M models. In front – a large curved BMW monitor, a projection screen.

The XM model has a dedicated M mode button. Clicking on it activates the car’s sports settings and limits driver assistant functions. Various settings for the chassis, steering mechanism, braking system, M xDrive, braking energy recovery level and other settings can be directly accessed via a special button.

The XM is a spacious car, so those sitting in the back will enjoy the comfort. Lounge the feeling of a type zone will be conveyed by the luxurious materials used, innovative interior lighting solutions. A four-zone climate control system, Harman Kardon surround sound system, Travel & Comfort system are installed as standard in the car. A Bowers & Wilkins Diamond surround sound system with a 1,500-watt amplifier and four additional speakers in the roof area will be available for an additional fee.

As befits M models, engineers have worked to ensure exceptional dynamic driving experience, car stability, safety and handling precision. It contributes to that

a special M chassis, the parameters of which the driver can change through the “M Setup” settings menu, adapt it to the driving conditions. The standard equipment includes the adaptive M suspension “Professional” with electronically controlled shock absorbers and an active vehicle roll stabilization system with 48 V electric motors and “Active Roll Control” equipment. It is also the first model in the BMW M series to feature the BMW Integral Active Steering system, which is designed to increase cornering stability by turning the rear wheels and adjusting the sensitivity of the steering wheel.

Safety will also be increased by the M sports brakes, the sensitivity of which the driver can also choose from two options.

The XM car runs the latest 8th generation operating system, and various settings can be controlled via touch screen, gestures or voice. The BMW XM will also feature the BMW Digital Key Plus function, which allows the car to be unlocked or locked using an Apple iPhone. Integration with Apple CarPlay and Android Auto also works, an eSIM card can be installed, and 5G communication technology is supported.

The new BMW XM will be manufactured at the concern’s Spartanburg plant in the USA. Krasta Auto, the authorized representative of BMW in Lithuania, states that BMW XM will debut in Lithuania in 2023. in the spring, and its price will start from 175 thousand. euros.