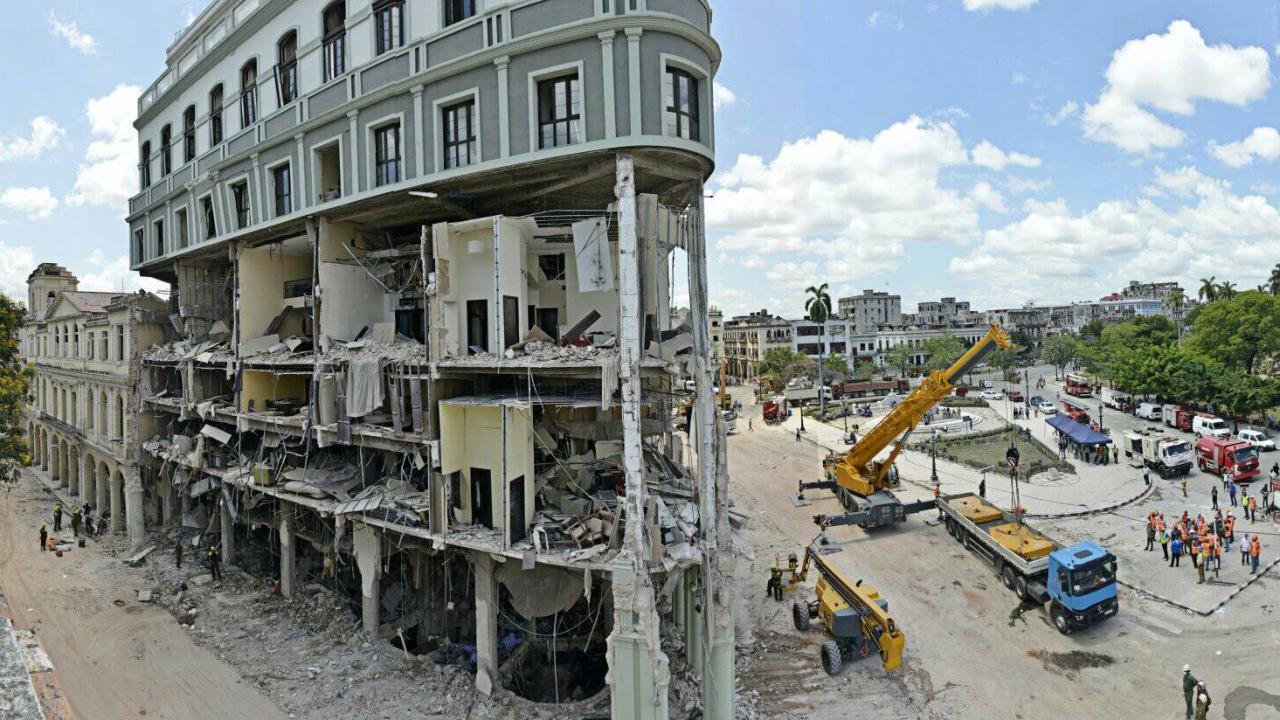 The Cuban Ministry of Tourism (MINTUR) assured on Tuesday that the island “will continue to be a safe destination, one of peace and tranquility.”in his first public reaction to the explosion at the Hotel Saratoga in Havana, which has killed 42 people and injured nearly a hundred.

Despite the fact that this facility is owned by the Cuban military business conglomerate GAESA, MINTUR carried out damage control through Carmen Casal Sánchez, spokeswoman for the organizationwho highlighted “the rapid response of tourism entities, of nearly 1,000 of their workers, and of the population, by going massively and voluntarily to donate blood for people” admitted to hospitals as a result of the accident, he cited the state Cuban News Agency.

According to the official, “the facilities of the sector continue to provide services to national and foreign tourists who enjoy their vacations in our destination, with the tranquility and security that characterize it.”

The closest that GAESA, owner of the Saratoga, came to this meeting with the press was through Gaviota’s spokesman, Roberto Enrique Calzadilla, who limited himself to thanking the people for “their solidary support in these difficult times that the country is experiencing, and to the rescue and rescue forces, to the firemen, builders, to the Cuban Red Cross for the waste of sacrifice and effort in the search for the disappeared”.

The officials indicated that 80% of the Saratoga building is damaged.

“As a number one priority, the country’s leadership has given the search for our partners,” Enríquez said. “When it is finished, we think we are quite close… there will be a multidisciplinary team, we already have it conceived, that will delve into the current situation of that property,” AP quoted him as saying.

“Today the facility is approximately 80% affected, according to specialists, but all of this has to be corroborated,” said Enríquez, who refused to indicate whether the building would be demolished or whether it would be used as a hotel again.

Of the 51 workers who were part of the hotel or were working on the remodeling, 23 died., including two directors, technical services personnel, gastronomy, reception, security, marketing and insurance, said Enríquez. Three employees, two waitresses and a cook are still being searched in the rubble.

Despite the image of optimism that MINTUR wanted to give, The Cuba-US Economic Council consultant warned that the consequences of the events for tourism in Cuba will be immediate.

“For the Government of the Republic of Cuba, what is most worrying will be the immediate and highly visible resurgence of visitor (and resident) concerns about the fragility of the energy system (electric, gas, water, sewage, communications, etc.) that does not serve not only in Havana, but in areas throughout the 800-mile-long archipelago that is home to 11.3 million citizens,” said that entity in a note.

“The power grid is state-owned and operated by government-controlled entities and remains in a constant state of disrepair.although efforts continue to upgrade production, transmission and delivery elements and to transition parts of the power grid to renewable sources.”

And he warned that among the immediate effects is that “companies that provide insurance for properties (and for management companies operating outside of the Republic of Cuba that operate those properties) located in Cuba they can review the coverage and conditions of the policies they issue.

“Businesses operated by the Government of the Republic of Cuba may be required to review insurance policies affecting guests and clients of hotels, restaurants, retail stores, and apartment buildings whose tenants include non-Republic citizens.” Republic of Cuba, including diplomats,” he warned.

Likewise, he underlined in conclusion, “Companies that provide travel insurance for visitors can review the conditions of the policies they issue.”