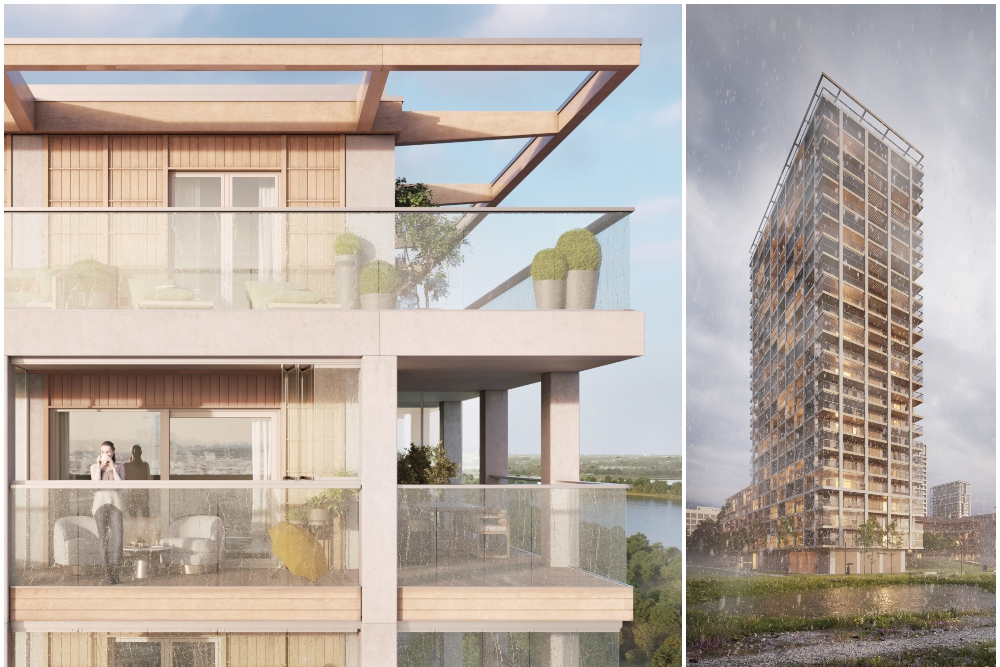 The design of the residential complex by the Japanese star architect Shigeru Ban in Nieuw Zuid has been unveiled. It is a 25-storey tower surrounded by a low-rise building and an inner garden, good for 295 flats. Shigeru made a name for himself with his extensive use of wood, such as in his design for the Center Pompidou in Metz.

A year ago, project developer Triple Living announced the collaboration with Shigeru Ban (64). Now the design of the large-scale project is ready. It was named BAN, after the Japanese architect who won the 2014 Pritzker Prize. Thirty years after Toyo Ito launched his never realized plans for New South in the context of Stad aan de Stroom, a famous Japanese man started working in Antwerp.

The core of BAN consists of steel and concrete, but the facade cladding will consist of a thick, complex layer of wood. “Wood is ecologically sound and allows a faster build-up. It’s my favorite material and my trademark that I like to bring to Antwerp’s streets,” Ban believes.