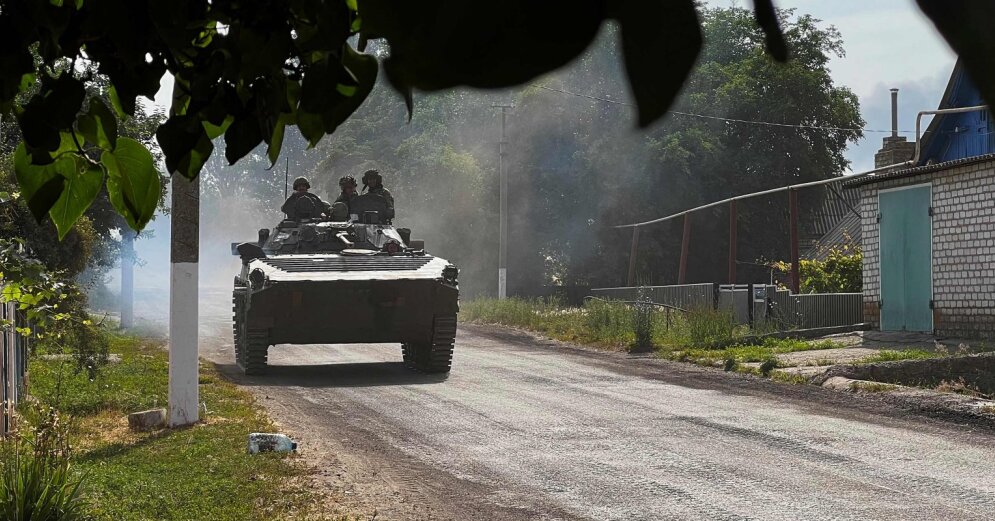 Ukrainian forces continue to strengthen their position in Lysichansk after the withdrawal from Severodonetsk, according to the latest intelligence published by the British Ministry of Defense.

Also, Ukrainian forces continue to obstruct the command and control of the occupiers with successful attacks deep behind Russian lines, the British ministry said.

From June 24 to 26, Russia carried out unusually intense waves of attacks across Ukraine using long-range missiles. These weapons most likely included Soviet-era AS-4 KITCHEN and more modern AS-23a KODIAK missiles fired from both Belarusian and Russian airspace.

London reports that these weapons were designed to achieve strategically important goals, but Russia continues to make extensive use of them to gain tactical advantage.

The occupiers also deployed key elements of six different armies, but only had tactical success in Severodonetsk. Russia’s armed forces are increasingly losing their resources. Russia is currently accepting a reduced level of combat effectiveness, which is unlikely to be a sustainable solution in the long run, British intelligence concludes.

Find out more about the UK government’s response: https://t.co/3jTRlGB574

Russia’s full-scale invasion of Ukraine with rocket fire, airstrikes and ground forces began in the early hours of 24 February. Russia initially mentioned Ukraine’s “denacification” as one of the targets of the invasion.

The occupiers of Ukraine have suffered heavy losses and are accused of deliberately killing civilians and other war crimes. The occupiers’ atrocities began to come to light en masse after the Ukrainians expelled them from the vicinity of Kiev, such as Bucha.

Russia’s treatment of Ukrainians, including the killing and setting up of filtration camps, is described in the “Fascist Manifesto” published by the Kremlin’s RIA Novosti news agency.