Czech police have detained a German suspected of double murder

ČTK Updated 13 hours ago Police detained Karlheinz Rappl, a German who is suspected of a double murder in Bavaria, on Wednesday afternoon in Domažlice. The 55-year-old man was hiding near Kout in Šumava. He resisted arrest. At the instigation of their German colleagues, Czech police officers investigated the possibility that the suspect was hiding […]

Georg Ratzinger, a German Catholic priest and older brother of former Pope Benedict XVI, died Wednesday at the age of 96. From 1964 to 1994, Ratzinger worked as the bandmaster of Regensburg Cathedral, where he also led the renowned Boys’ Choir of the Regensburger Domspatzen. Georg Ratzinger’s poor health was reported in mid-June, when a […]

With all the back and forth in the past few weeks, you can forget which day it is. So Jonas Mattisseck suddenly stood in front of the closed supermarket on Thursday. Ascension. So quickly back home. Alba Berlin’s basketball professional, who is used to playing in a different city every three days, doesn’t see much […]

Soccer – Frankfurt am Main – Baum coach: Uncertainty among professionals after the restart – sports 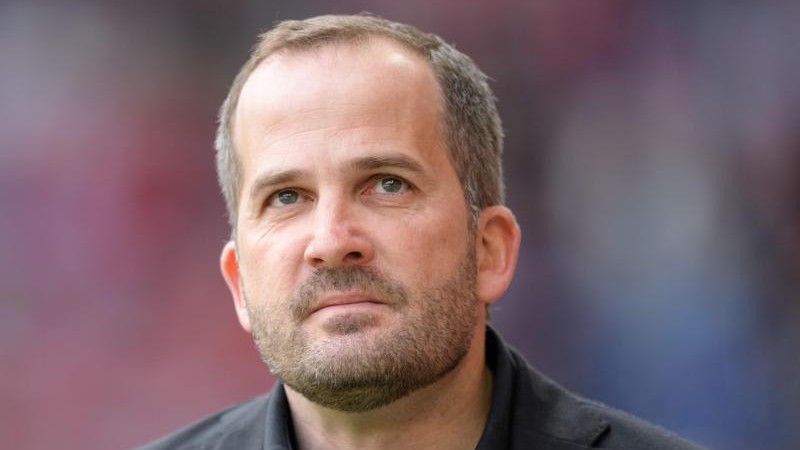 Frankfurt / Main (dpa) – Under-20 coach Manuel Baum expects a certain level of uncertainty among the professionals in the upcoming games of the Bundesliga due to the unusual situation. “At the beginning there was a palpation almost everywhere, there was total uncertainty, nobody ever had to deal with such a situation,” said the 40-year-old […]

AIn the end, everything went very quickly and smoothly. FC Bayern Munich and soccer goalkeeper Manuel Neuer will continue their successful collaboration at least until June 30, 2023 inclusive. After lengthy negotiations with interim discord due to indiscretions about Neuer’s supposed claims, both parties agreed on an early contract extension by two years. CEO Karl-Heinz […]

The BBL final tournament rises in Munich. It is unclear whether local hero Greg Monroe (left) will be there. He is still in the United States. Photo: imago images / Sven Simon The basketball Bundesliga is allowed to risk its delicate master experiment and continue its season with a quarantine tournament. As the only major […]

From the Isar to the Main

The Museum for Franconia in Würzburg is now showing the painting “Mainlandschaft” by the artist Hans Thoma from 1875. The permanent loan from the Bavarian State Painting Collections in Munich was arranged by the Bavarian state government, which wants to give some valuable works of art from Munich to Franconian museums. Art Minister Bernd Sibler […]

Union goalkeeper Rafal Gikiewicz is powerless on Munich’s second goal. Photo: dpa / Hannibal Hanschke No mood, no banners, no points: 1. FC Union Berlin loses its first ghost game against Bayern Munich. Now the Köpenickers are waiting for their coach to return. By Matthias Koch After the final whistle of the Bundesliga match between […]